Allon Mordel is the Medical Director at K Health as well as an Attending Physician in the Emergency Departments of NYU Langone Hospital & Bellevue Hospital Center.

Dr. Mordel is a graduate of the University of Georgia, where he was granted the prestigious Foundation Fellow Scholarship and served as an EMT for the city and county services. He went on to graduate from Emory University School of Medicine, and with his mind set on being in New York City, Allon was accepted into residency at the NYU/Bellevue Emergency Medicine Residency Program where he distinguished himself and became Chief Resident on his way to becoming an Attending Physician.

Originally from Jerusalem, Israel, Allon moved to Atlanta, Georgia at age six with his parents and younger brother. As a Foundation Fellow Scholar, he had the opportunity to travel the globe from New Zealand and Australia to South Korea and the Galapagos Islands as well as many places in between. In addition to his work in the medical field, Allon continues to earn his official status as a New Yorker by residing in the East Village and biking all corners of the city.

"I joined K to help push medicine forward: to empower patients, to leverage data, and to provide people access to accurate, personalized care." 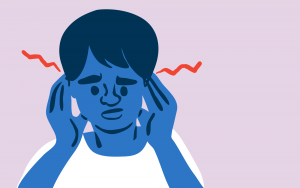 When to Worry About Morning Headaches: Symptoms, Causes, & Treatments