Table of contents
Myth #1: It's all in my head Myth #2: ED is an old guy thing Myth #3: It's because of low testosterone Myth #4: I can fix ED with supplements Myth #5: If I try Viagra I'll get addicted

I am a board certified, full-time practicing urologist, yet I have never met a guy who openly wanted to talk about erectile issues. For most men it is an embarrassing problem that they do not want to admit they have. Because men suffer alone, they may also feel depressed and deprived, or let ED affect their current or future relationship. This uncomfortable aspect of ED also gives rise to many myths. Here are the 5 most common misnomers I hear from my patients.

This is perhaps the most common statement I hear from patients who finally decide to discuss ED with a doctor. It is shocking that there is a large portion of men that think that ED is purely a mental thing. I believe this idea comes from 40 or 50 years ago when doctors would frequently consider erection issues to be strictly psychological, possibly because they had no means to treat them. Truth is that while stress and psychological factors may contribute to erections issues, more often than not, it is a physiological problem related to poor blood flow to the penis. The good news is that we have medications that can help! Well-known drugs like sildenafil (Viagra) or tadalafil (Cialis) work by increasing blood flow to men’s penis and improving erections.

While age is one of the main risk factors for ED (think of wear and tear your joints sustain overtime, well, it’s the same with a penis), there are many young men who will experience difficulty in the sexual department. Specifically, up to 25% of men under the age of 40 will have erectile issues. This percentage increases with age, but it does not mean it should be accepted as part of aging and ignored. There are ways to deal with ED in all ages.

Myth #3: I have ED because my testosterone is low

I frequently see patients in my office who come in complaining of low testosterone. Low testosterone is a real issue for some men and can lead to symptoms such as fatigue, lack of interest in doing things including sex, worsening erections, and weight gain. However, when I inquire about the reason they think they have low T, most of my patients say that it is because their erections are not what they used to be. A lot, and I mean A LOT, of men think that their poor erections are mostly due to the lack of testosterone. In reality it is much more complex, and the vast majority of men with ED actually have normal testosterone levels. Erectile dysfunction can be due to vascular problems, nerve issues, diabetes, prior surgeries, and the list goes on. In fact, even patients with ED and low testosterone benefit much more from treatments specifically for the erections, rather than testosterone replacement. So while low T can give you a worse erection, in many men ED and low T are separate issues and should be treated as such.

Myth #4: I can fix my ED with supplements I get online/over the counter

In the current age of TV/internet/social media there is no lack of advertisement for pretty much everything. So it’s unsurprising that many men with ED turn to advertised mineral and herbal supplements which promise to give you amazing erections and performance.

There are two issues with this:

Myth #5: If I try Viagra, I will get addicted to it

I hear this quite often as well. It mostly comes from patients who have ED, but have never tried sildenafil (Viagra), tadalafil (Cialis), or other ED medications. The thought is that if you try it once, you will never be able to have erections on your own again. It is not completely true. Viagra, Cialis and other medications from this class have never been described as causing addition nor do they make a natural erection worse. The only reason that a man may need them on the regular basis is because his erections dysfunction and medications such as Viagra treat it.

I hope this helps clear up some common confusions—and remember, if you have any sexual or ED related issues, there’s no shame. It’s quite common, so don’t delay getting evaluated and improving your quality of life. 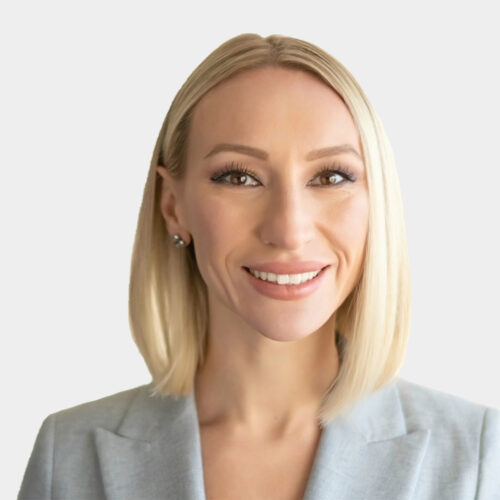 Viagra is one of the most well-known erectile dysfunction medications, however, there are potentially serious side effects that must be known prior to starting this medication. In this article, we cover the cost of Viagra, the best time to take it, how long it takes to work, and the side effects of which you should […]

Most men have challenges with their erections from time to time. Stress, exhaustion, anxiety, and too much alcohol can all have detrimental effects on your ability to achieve or maintain an erection. But if erection challenges are happening often enough that they are causing emotional or psychological issues, impacting your relationships, or hurting your self-esteem, […]

Interactions Between Cialis and Alcohol

Cialis (tadalafil) is a prescription medication primarily used by those who experience difficulty having and maintaining an erection (a condition called erectile dysfunction, or impotence). Alcohol consumption can contribute to or cause erectile dysfunction and can also cause harmful side effects when mixed with the drug used to treat it.  This article will cover everything […]

As embarrassing and frustrating as premature ejaculation can be, there are ways to address the disorder. And while it may take some trial and error to find what works for you and your partner(s), that’s also a great reason to have more sex and try new things—even ones not meant to address ejaculation troubles.  From […]

Similarities and Differences Between Cialis and Viagra

Erectile dysfunction (ED), or impotence, is the inability to achieve or sustain a firm erection long enough to enjoy sexual activity. The condition becomes more common with older age, but young men can also experience ED: One study from 2013 found that around 25 percent of erectile dysfunction patients were 40 or younger. It’s estimated […]

Can Viagra Make You Last Longer in Bed?

Approximately 50% of adult men over the age of 40 experience some amount of erectile dysfunction (ED), and the prevalence increases with age. Viagra, a prescription drug that contains the active ingredient sildenafil, is one of the most popular medications available for treating this condition.  Over the decades that Viagra has been available, some myths […]