In  2021, a viral image of an anatomical drawing of a Black fetus took social media by storm and had many people questioning, “Why have I never seen this before?” A question rarely asked because we have normalized the exclusion of non-white images in the media and textbooks. We can contribute this disparity to the biases that exist within the medical space. In the drawing by Nigerian medical student, Chidiebere Ibe, it wasn’t the subject matter that made people take a second glance, but rather that the color of the fetus in the womb was darker-skinned.

While typically newborns are born reddish-pink and gradually develop into their skin tones over time, Ibe purposefully personified a Black fetus to represent the underrepresented. The population of medical illustrators is relatively small, and like many other industries, is spearheaded by white men. It is not uncommon for their perspectives to exclude the lived experiences of non-white people. Experiences that typically were caused by a long history of systemic racism. “They did not have a vested interest in diversifying illustrations.  Even after we started to see minorities in the field, the “expectation” or “standard” had been set as white images,” notes Dr. AtNena Luster. Some would argue that the visual injustices mimic real life and the very real disparity of proper healthcare offered to Black mothers in the United States.

There are specific periods in history that have significantly impacted our healthcare beliefs. The USPHS Syphilis Study at Tuskegee began in 1932 when the U.S. Public Health Service united with Tuskegee University to record the natural history of syphilis. The experiment included 600 Black men, 201 of which did not have the disease, to begin with. According to the CDC, the participants’ consent was not collected and they were told they were being treated for “bad blood.” In 1943, penicillin was recognized as the preferred remedy for syphilis but the 600 men were not offered treatment.

This experiment is a prime example of historical injustice. And while the system has changed, the thought processes of many Black and Brown people in the U.S. have not. It’s a constant game of “catch-up” when you have witnessed and participated in a system that has deliberately inflicted pain and provided suboptimal care purely based on race and genetics. According to a study, A Historical Overview of Health Disparities and the Potential of eHealth Solutions, many nuances of unequal care include stress, social capital, and income inequality. We must look at the entire history of medical treatment and its psychological effects in order to understand its current prejudices.

While there are many markers of success on the Civil Rights timeline, Medicare proves to be a leader of justice. With the Title VI of the Civil Rights Act, passed in 1964, Medicare forced the desegregation of every hospital in America virtually overnight. As a federal program, Medicare

decided if hospitals did not provide equal care to all individuals no matter their race, they would not be reimbursed. This integration changed patterns of use of health services that had persisted for half a century.

Even then as Black American people seemingly gained momentum in the fight for medical equality, there were still discrepancies in the true meaning of the word “equal.” Dr. Nena explains that while hospitals were required to treat all patients, not all care was excellent care. For example, if a hospital had 15 beds available, all 15 may have been reserved for white people. In the study, Professional and Hospital DISCRIMINATION and the US Court of Appeals Fourth Circuit 1956–1967, hospital wings for Black patients were often in the basement. Such hospital discrimination was widespread throughout the United States. “Those beliefs drove our behaviors, and our behaviors have contributed to gaps in care,” continued Dr. Luster.

Systemic racism also contributes to the frequency and timing of when Black patients seek care in the U.S. According to the study, Understanding Racial and Ethnic Differences in Health in Late Life: A Research Agenda, Black people are less likely to have private insurance from an employer or spouse than other races. As a result, those using medicare seek care more infrequently due to out-of-pocket costs and the need for referrals.

Part of the racial injustice in healthcare boils down to how things are communicated. In our society, time is often valued as money. A typical hospital visit lasts 15 minutes which may seem short if you can only afford or feel comfortable seeing a professional during an emergency. Older Black American folks aren’t seeing their doctors for routine wellness checks. Healthcare providers are entering a new arena of the patient populations who can’t really communicate what they’re going through.

Sometimes this lack of communication can be seen as racial bias. However, Dr. Luster explains that there are some health conditions more likely to affect African Americans based on genetics, race, and ethnicity. Some treatment is not from a racial or stereotypical standpoint, but an algorithm based on previous diagnoses and care. Even then, it’s often not the diagnosis, but rather the tone and manner in which the care is delivered.

In order to shift the narrative around healthcare injustice within Black American communities, it is imperative to normalize conversations about seeking care. The most revolutionary thing we can do is to obtain healthcare ourselves. “Change is generational,” says Dr. Luster. “How we view/value healthcare impacts how the generation behind us will feel. If we can change the perspective, everything else will follow.” 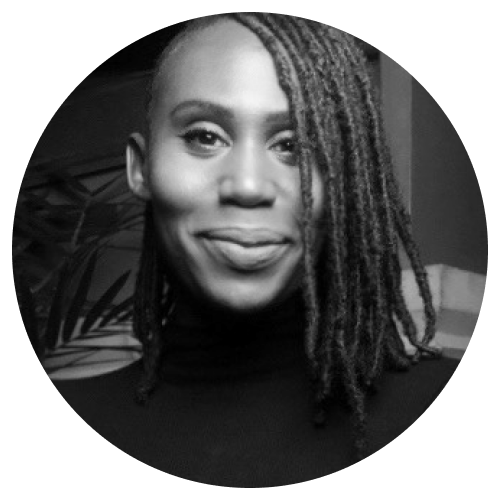 Penda N'diaye is a pleasure enthusiast who uses storytelling to create playful spaces for conversations on sexual pleasure, arousal and exploration. You find her writing in VICE, goop, Dipsea and Thinx. She is the Founder of Pro Hoe and currently building her own sex toy company.

How Much Do Antibiotics Cost Without Insurance?

Unfortunately, antibiotics can be costly for patients who do not have a health plan. For example, consider azithromycin (Zithromax or Z Pak), one of the most common antibiotics used to treat a variety of infections, from pneumonia to bronchitis to sexually transmitted diseases. While the average cost of generic azithromycin is about $32 for those […]

How Long Can You Stay on Your Parent’s Health Insurance?

Under current laws, you can stay on your parent’s health insurance policy until you turn 26 years old. In some states, it’s even longer. When the time comes for you to get your own insurance, it’s important to know what your health insurance choices are and how to choose the right plan. It can be […]

How Much Does an Urgent Care Visit Cost in 2022?

If you wake up on a Saturday morning with a fever of 101° F (38° C) and don’t want to wait to get a call back from your primary care physician (PCP), an urgent care center may be the best option for you. Urgent care centers are the quickest and easiest way to get medical […]

What’s the Difference Between Deductible vs Out-of-Pocket?

It can be unclear how your health insurance works, especially if you have a family covered by your policy. There can be many restrictions, guidelines, limitations, and rules about your coverage, and those can change each year when your insurance plan renews or you switch plans.  You’re most likely familiar with health insurance premiums—the payment […]

A Guide to Getting Affordable Health Insurance

How Much Does a Primary Care Visit Cost in 2022?

Primary healthcare should be accessible to everyone, regardless of financial circumstances, age, gender, health insurance, or any other personal factor. COVID-19 has increased our reliance on our healthcare system, forcing us to take a longer look at accessibility and affordability.  There are many benefits to primary care. This article will discuss the factors that contribute […]

How Much Does a Strep Test Cost?

As most parents know, the bacterial infection strep throat is most frequently seen in children five to 15 years old, although anyone can get it at any age. In fact, parents of school-aged kids are one of the most likely groups outside of young children to contract strep throat, since they’re exposed to it when […]

How Much Does Health Insurance Cost?

The Affordable Care Act (ACA) has made health insurance more accessible to Americans by creating the health insurance marketplace. In addition, the ACA prevents insurance companies from denying coverage due to pre-existing conditions and mandates health insurance subsidies for low-income families and individuals.  Because of these government-instituted policies, over 90% of Americans now have health […]