Vaginal discharge is a normal part of a healthy menstrual cycle.

It’s also normal to notice more or less discharge and different consistencies in this fluid depending on if you are at the beginning, end, or middle of your menstrual cycle.

In particular, many people with vaginas produce a lot more cervical mucus before ovulation.

In fact, some track their discharge and use the cervical mucus method as a form of birth control or to try to time sex to increase the likelihood of pregnancy.

In this article, I’ll explain what ovulation discharge is and what to watch out for.

Then I’ll discuss cervical mucus, including tips for checking it. I’ll also share specific changes you might notice in cervical mucus throughout the menstrual cycle and pregnancy.

Lastly, I’ll go over when to see a doctor about ovulation discharge.

Although ovulation can happen a few days to a few weeks after a period ends, it typically happens on day 15 of a 28-day cycle.

Ovulation discharge is produced when follicle-stimulating hormone, luteinizing hormone, and estrogen all increase in preparation for maturing and releasing an egg.

This fluid prepares the vagina for being receptive to sperm.

What to look out for

As ovulation approaches, you may notice an increase in clear or white vaginal discharge.

You may experience this as a sensation of wetness or see residue on your underwear.

The discharge may also be visible after urination.

Seeing ovulation discharge does not guarantee that ovulation has happened.

It is also possible to have a few surges of hormones that mean a few different times of ovulation discharge.

What Is Cervical Mucus?

Cervical mucus is made by glands in the cervix.

In addition to lubricating the vaginal canal, this discharge helps clear old cells and other debris.

It also keeps the vagina at an acidic pH to prevent pathogens from easily entering the cervix and uterus and causing an infection.

Around the time of ovulation, the pH level of cervical mucus changes to be more friendly for sperm, allowing it to travel up the vagina and through the cervix.

Sperm can survive in this ovulation cervical mucus for 3-5 days and, if an egg was released, attempt to fertilize it.

You may notice different types of cervical mucus throughout the menstrual cycle.

This tends to happen in a predictable pattern according to the hormone changes that regulate ovulation and your period.

After your period ends, you may have 3-4 days of dryness, or you may immediately notice sticky, thicker cervical mucus that may look white, off-white, or pale yellow.

This is not typically fertile and is part of the final shedding process of the uterine lining.

During ovulation, cervical mucus levels are at their highest and the texture goes from thick and sticky to watery and, finally, to the consistency of egg whites.

Once ovulation is over, cervical mucus tends to noticeably decrease within 1-2 days.

The week before a person’s period may contain very little visible cervical mucus.

If you get pregnant, one of the first signs may be an increase in what appears to be watery, clear, or white discharge again around the time your period is expected.

To protect a growing embryo, the cervix creates a mucus plug to seal off the uterus.

This can lead to an increase in mucus during early pregnancy.

It can be helpful to pay attention to your cervical mucus, especially if you are trying to become pregnant or avoid pregnancy without the use of contraception.

To identify your fertility status, you should also track your basal body temperature, since a rise in temperature can help confirm that ovulation has occurred.

You can also use at-home ovulation predictor kits in conjunction with charting your menstrual cycle to track ovulation.

If you want to track your fertility by cervical mucus, it’s best to check once a day.

Start when your period flow has ended and check at the same time every day.

You can use an app to record your daily observations, or keep a note on a smartphone or in a notebook.

To assess your cervical fluid:

You do not have to check cervical mucus to try to get pregnant, but some people with vaginas want to understand the subtle signs that can indicate higher fertility levels.

Cervical fluid is an easy at-home way to do this.

Note that if you have had intercourse within the last day or two, some semen may remain.

It can appear the same as cervical fluid if you are monitoring fertility this way.

Some people naturally produce less cervical mucus and may not notice much difference using the method above.

This does not mean that you cannot get pregnant or that you are experiencing reduced fertility.

If you are concerned about vaginal dryness or a lack of cervical mucus, talk to your healthcare provider.

Cervical mucus changes throughout a menstrual cycle in response to hormones.

The phases of cervical mucus typically include:

Although increased cervical fluid can be an early sign of pregnancy, it is not a guaranteed sign.

It is possible to be pregnant without increased cervical mucus.

Higher levels of cervical mucus before a period can also indicate other things, including hormone changes or infection if the discharge smells foul or is accompanied by other symptoms.

It is typically thin, white or clear, and does not have a distinct odor.

Because blood flow dramatically increases during pregnancy, any vaginal irritation may lead to bleeding and cause discharge to appear pink or brown.

This may be no cause for concern.

However, any time you notice bleeding, spotting, or discharge with color, tell your healthcare provider.

In less common cases, this can be a sign of infection, cervical problems, or miscarriage.

Also, if you notice increased discharge at any point in pregnancy along with cramps or contractions, talk to your healthcare provider immediately.

Most of the time, vaginal discharge is normal, especially if it is clear.

An increased amount of discharge before ovulation is a sign of a healthy reproductive system.

However, see a doctor if you have concerns about changes to your normal level of cervical mucus or if you experience any of the following conditions:

How many days do you ovulate discharge?
Discharge is a normal part of a healthy reproductive system for people with vaginas. It increases in volume around the time of ovulation and lasts for about 1-5 days.
What does discharge look like after ovulation if not pregnant?
If you do not get pregnant, cervical mucus tends to decrease after ovulation and gradually become drier. The 1-2 days before a period are typically the driest of the cycle. If you notice a lot of discharge after ovulation, it could mean that you did not ovulate when you thought you did. It could also mean that you have an infection or something else irritating the vaginal canal. If your normal level of cervical mucus changes, contact your healthcare provider. 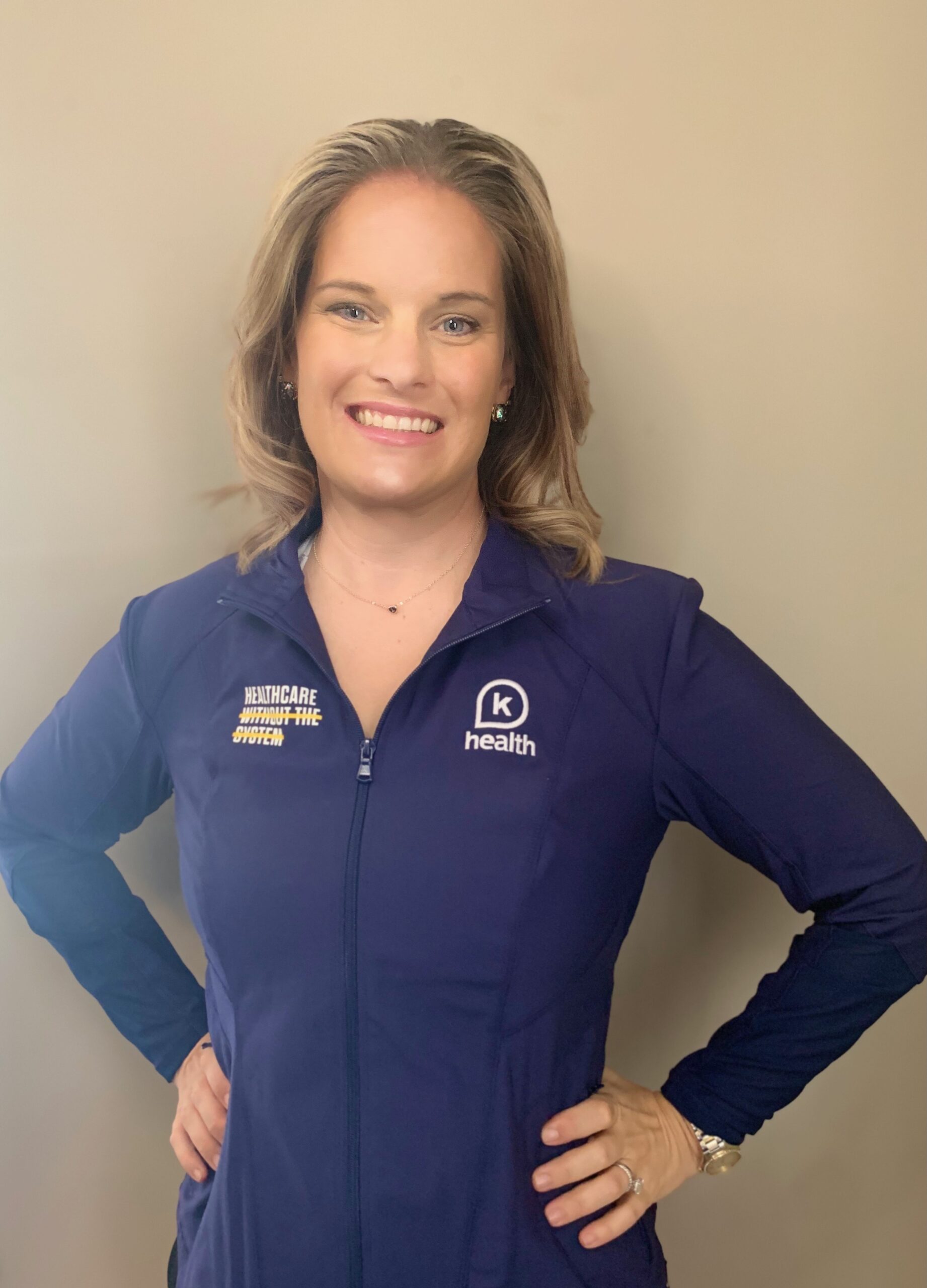 Robynn Lowe is a board certified Family Nurse Practitioner with over 15 years in the medical field. Robynn received her Bachelor's and Master's degrees from Florida Atlantic University and has been practicing in rural family medicine since. Robynn is married to her college sweetheart, Raymond and they have three awesome children. When Robynn isn't with patients you can find her shopping, coaching her kids sports teams, or spending time on the water.

Black Discharge: Causes and What it Means

Vaginal discharge is a normal occurrence among people with vaginas. It usually starts during puberty and discharge changes in volume, color, and consistency throughout the menstrual cycle.  Usually, vaginal discharge is clear or whitish, and is typically odorless, though it can sometimes have a mild smell. Thus, it can be alarming to see a change […]

Discharge After Period: Causes and What You Should Know

Discharge is a normal function of vaginal health in menstruating women. It’s a mucus or mix of fluid and vaginal cells secreted from glands in the vagina, uterus, and cervix.  This discharge  cleans the vagina and protects it from infection, lubricates it for sexual activity, and  signals a change in body chemistry. Most vaginal discharge […]

For anyone with a vagina, it can be surprising and even upsetting to experience discharge of an unexpected color. The good news is, it’s totally normal for vaginal discharge — fluids secreted from your cervical glands — to occasionally change color and even consistency.  Certain changes, though, may signal a health condition. Green discharge, for […]

Milky White Discharge: What Does it Mean? Treatments & More

Vaginal Odor: What Causes Them? Symptoms to Look Out For

Body odor is normal and, to some extent, so are vaginal odors. Vaginal scents can change due to bacteria, hormones, pH levels, and more. But what if you’re worried about the smell being a sign of something else?  In this article, I’ll cover the common causes of vaginal odors, what different smells might be indicating, […]

Brown Discharge: Causes and When to See a Doctor

Brown discharge can be disconcerting. Could you be pregnant? Do you have your period? A doctor explains the reasons for abnormal or brown vaginal discharge.

Talk to a doctor online with K Health and get the answers you need.