Health guides > About K > K Told Me It Might Be Mono

Meet Abigail! As one of K’s biggest advocates on our PR team, Abigail’s always talking about K, but she recently told us how she became a personal believer in the app. We asked if we could share it with you all, and she said yes. Here’s Abigail’s story.

“One week in Fall of 2018, I noticed that I didn’t have my usual appetite. Over the next several days, my appetite continued to decrease until I had to force myself to eat just a little bit to be able to function during the day.

One day during this time, as I walked to work, I passed a restaurant and the smell wafting outside nearly made me vomit.

I went to visit my grandmother in NJ over the weekend, and she tried to feed me, but the thought of eating made me nauseous. On the train back to the city, I fell asleep in my seat, which is extremely rare for me – generally I’m only able to sleep in a bed, usually with a white noise machine running.

During the commute back, I pulled out K and entered my symptoms, because at this point I knew something was wrong.

K told me that most people like me had mononucleosis. I was totally surprised, but something clicked at that moment and I connected the dots from my symptoms the past week – it had to be mono.

I usually drag my heels when it comes to visiting the doctor, but I needed an official diagnosis to confirm whether K was right. When I saw the doctor, she mentioned several conditions I might have, based on my symptoms. I was confident it was mono but didn’t mention anything because I trusted her and I wanted to see if she’d come to it on her own. She threw in an afterthought at the end: “Hey, maybe it’s mono.”

I had bloodwork done and sure enough, the next day the diagnosis as Epstein Barr virus came back positive.

Without K, I wouldn’t have gone to the doctor. I would most likely have quietly suffered through the exhaustion and inability to eat for the next several weeks. Getting that suggestion from K helped me take the right actions, which meant that I was able to take it easy on myself for the next several weeks, get plenty of rest and contain the germs.” 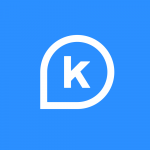