Picture this, you have just finished a delicious meal and while you are on your way home nausea sets in. You wonder whether it is just a case of overeating or food poisoning? Maybe it is completely unrelated to the food you just ate and is actually just a stomach virus?

This article will explore the differences between food poisoning and stomach flu—while the symptoms may be similar, the causes and treatments differ and it is important to be able to differentiate between them and understand what is causing your upset stomach.

What Is a Stomach Virus?

The terms stomach flu and stomach virus are used interchangeably both in this article and in popular usage, however the official medical term for this condition is viral gastroenteritis. The Mayo Clinic defines gastroenteritis as “an intestinal infection marked by watery diarrhea, abdominal cramps, nausea or vomiting, and sometimes fever.” As its name indicates, the stomach virus is caused by a virus that can be transmitted from person to person. It is usually not very serious and once a person is struck with the stomach flu, they can expect to recover fully within a few days. While the term “flu” is used, the stomach flu is not the same thing as influenza, or seasonal flu. That type of flu impacts the respiratory system and causes cold symptoms in the nose, throat, and lungs. Gastroenteritis (or stomach flu or stomach virus), on the other hand, affects the stomach and/or intestines.

What Is Food Poisoning?

Food poisoning, also called foodborne illness, is an illness that comes from eating food that has been contaminated by a bacteria, virus or parasite. Food poisoning is extremely common with approximately 48 million people contracting it every year. Luckily, it is rarely serious or fatal, although there are some types of food poisoning such as botulism that require specific and immediate treatment.

Before I go into more details on what causes stomach flu and food poisoning and how to manage or treat them both, it is important to mention that this article discusses acute stomach pain—pain that comes on somewhat suddenly and does not last more than a few days. This is not to be confused with chronic, ongoing stomach pain.

If you experience chronic stomach pain, then you may have irritable bowel syndrome or other illness that requires medical intervention.

The Difference Between Stomach Virus and Food Poisoning

Many symptoms of the stomach flu and food poisoning are the same, but it is important to know which illness you have so that you can make the right treatment decisions and know what to expect. And so you can know whether or not you are contagious or if you need to warn others about a particular food or restaurant.

Stomach flu is caused by a virus while food poisoning comes from contaminated food. This information is not necessarily enough to help you identify what you are suffering from, but there are several key differences to keep in mind:

The main stomach virus symptoms are:

With an incubation period ranging from 24-48 hours, you may not be able to pinpoint exactly when you were exposed to the virus, but you can expect the symptoms to last for 1-2 days. Be aware that sometimes the stomach flu can last up to ten days. This is not necessarily a cause for concern, as long as the symptoms are not worsening and you are able to drink enough fluid to replace what your body is losing through diarrhea and/or vomiting.

The list of food poisoning symptoms below may look familiar as they are very similar to those of the stomach virus. The impact of food poisoning on your system will vary depending on the exact type of bacteria, virus, or parasite that was in your food.

Here are the most common food poisoning symptoms, all of which can range from mild to severe:

The symptoms can appear as quickly as within an hour of eating but, in some cases, can also come on later. If you start experiencing symptoms, think back to what you ate in the preceding hours and consider whether something may have been off.

If you have a stomach virus, you probably caught it from someone else who was infected with the same thing. Perhaps you shared a drink with someone who had the virus or kissed them hello or goodbye. Most stomach bugs are highly contagious even during the incubation period before any symptoms have appeared so it can be very easy to catch something without realizing it. You can even catch it by touching something that an infected person touched if it has any of their saliva, vomit, or stool on it that could contain the virus.

There are a few different viruses that cause the stomach flu, with the most common being norovirus and rotavirus.

Different viruses are active during different times of the year. For example, in the Northern Hemisphere both rotavirus and norovirus are most prevalent from October to April. However, there are many viruses that cause gastroenteritis so it is possible to get sick at any time of year.

Food poisoning is caused by consuming food or a beverage that is contaminated with a bacteria, virus, or parasite. The question is, how does the food become contaminated in the first place?

Contamination can happen at any point during the production, processing or cooking of food. Potential causes of contamination include:

Certain foods are more susceptible to picking up bacteria and viruses, and are therefore more likely to cause food poisoning. These foods include:

In addition, there are different food safety standards and requirements in different parts of the world. Particularly in developing and third world countries, it is important to be vigilant about what you eat or drink.

There are six bacteria and viruses that are the most common culprits of food poisoning:

Does it matter what caused my food poisoning?

It may not actually matter which bacteria or virus has caused your food poisoning since, unless it is very severe, there is not much of a difference in treatment. What is important is knowing what foods and circumstances are more likely to put you at risk for food poisoning so that you can take the appropriate precautions.

What You Can Do at Home

When you are sick in bed, you may be wondering how long will this stomach bug last. The good news is that although food poisoning and the stomach flu are rather unpleasant to deal with, a few days of bedrest, drinking plenty of fluids, and eating bland foods should have you back on your feet. The key thing is to avoid dehydration, which can lead to complications. Make sure you drink plenty of water, Gatorade, or another electrolyte solution.

If it is hard for you to keep liquids down, try drinking a few sips every half an hour. Avoid drinking soda or other sugary drinks, as they will not replace the electrolytes that you need. Sucking on ice chips can also keep you hydrated and may feel soothing.

If you are nauseous and vomiting, the thought of food probably doesn’t even appeal to you, but once your appetite returns, try to start eating again. This will aid your body in recovery. Pace yourself and don’t eat too much too quickly, or you just might find yourself back where you started.

Once you are ready to eat, start with foods on the BRAT diet, which are bland and gentle on your still-fragile system.

What is the BRAT diet?

BRAT stands for bananas, rice, apples, and toast. While you do not need to eat only those four foods, the idea is to eat foods that are easy to digest, low in fiber and high in starch so that you can replace the nutrients and calories that you have lost.

Avoid food and drinks that are high in sugar like cookies or soda, as well as high-fat and high-fiber food that can be hard to digest. It’s also a good idea to stay away from dairy products, spicy, or greasy foods until you’ve fully regained your strength.

The home remedies described above will also work for the vast majority of stomach viruses. Because stomach flu is caused by a virus, antibiotics will not be prescribed. If a doctor suspects that there is a bacterial cause then lab tests can be ordered and antibiotics prescribed if necessary.

There are over-the-counter medicines that can be used for stomach flu treatment: you can take acetaminophen or other pain relievers to help reduce fever and ease any aches and pains, or bismuth subsalicylate (commonly known as Pepto Bismol) for nausea and indigestion.

A doctor may prescribe metoclopramide to prevent vomiting or loperamide to stop diarrhea.

Similar to stomach virus, food poisoning treatment is typically just rest and fluids to help avoid dehydration. Your doctor may recommend anti-nausea medication, but it is generally not advised to take anti-diarrheal medicine when you have food poisoning because it could actually prolong the symptoms or even cause complications.

If your food poisoning is a severe bacterial infection or caused by a parasite then antibiotics or other medications will be prescribed depending on your specific case. Pregnant women who contract listeriosis require antibiotics immediately.

As common as stomach viruses and food poisoning are, there are also many easy things you can do to prevent infection.

When it comes to the stomach flu, you can do the following:

To prevent food poisoning, you should:

Symptoms to Watch For

Both the stomach flu and food poisoning are usually not life-threatening and should resolve within a few days. However, there are certain symptoms that you should be aware of that could be a sign of a worsening condition in need of medical attention.

If you have food poisoning, signs that you are getting worse rather than better include:

Stomach flu that is becoming more severe can cause the following symptoms:

If you fall victim to either the stomach flu or food poisoning, it should resolve itself within a few days. If it doesn’t, however, you may need to see a doctor.

The most common complication from both the stomach flu and food poisoning is dehydration, which can cause serious issues. If you experience signs of dehydration such as decreased or no urination, dry mouth, dizziness and weakness, and you are unable to keep down any liquids then you should speak to your doctor.

In addition, if you experience any of the worsening symptoms described above, including blood in stools, fever, vomiting, or diarrhea lasting more than 72 hours you should also check in with a doctor.

In most cases, symptoms for the stomach flu and food poisoning are mild and last only a short time. While the stomach flu and food poisoning are uncomfortable, they are also quite common. The most important thing to remember when suffering from their symptoms is to stay hydrated. Did you know you can get affordable primary care with the K Health app? Download K to check your symptoms, explore conditions and treatments, and if needed text with a doctor in minutes. K Health’s AI-powered app is HIPAA compliant and based on 20 years of clinical data. 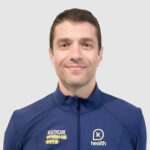