How Does Cymbalta Work? Can Cymbalta Reduce Fibromyalgia Pain? Other Uses for Cymbalta Side Effects of Cymbalta Cymbalta Precautions Cymbalta Dosage for Fibromyalgia Other Medications that Treat Fibromyalgia When to See a Doctor How K Health Can Help
Share:

Table of contents
How Does Cymbalta Work? Can Cymbalta Reduce Fibromyalgia Pain? Other Uses for Cymbalta Side Effects of Cymbalta Cymbalta Precautions Cymbalta Dosage for Fibromyalgia Other Medications that Treat Fibromyalgia When to See a Doctor How K Health Can Help

For anyone living with fibromyalgia, having a healthcare provider suggest an antidepressant may come as a surprise.

But duloxetine (Cymbalta) is approved by the Food and Drug Administration (FDA) to help fibromyalgia patients cope with joint and muscle pain, fatigue, sleep disturbance, and other symptoms.

Since Cymbalta is more commonly prescribed for the treatment of depression and anxiety, it’s natural to wonder how it also works for fibromyalgia.

While you should always discuss any treatment option with your doctor, this article will help you understand more. First we’ll cover how Cymbalta works and if it helps with pain relief.

Then we’ll discuss other uses of Cymbalta, its adverse effects and standard dosage, and other medications that help treat fibromyalgia.

How Does Cymbalta Work?

The underlying cause of fibromyalgia is difficult to understand, but research suggests the condition is caused by excessive nerve stimulation.

This can cause you to feel pain or more intense pain in parts of your body even when nothing is causing discomfort.

Cymbalta is a serotonin-norepinephrine reuptake inhibitor (SNRI). It helps levels of the neurotransmitters norepinephrine and serotonin remain higher in the brain by blocking their reabsorption.

People who have fibromyalgia often have low levels of these neurotransmitters, or their brains ineffectively use them.

Norepinephrine and serotonin play a role in the perception of pain, so increasing their levels is thought to dampen the pain response.

Have questions about fibromyalgia? Talk to a doctor through K Health.
Get Started

According to animal studies, duloxetine reduces two pain types associated with fibromyalgia: hyperalgesia and allodynia. Hyperalgesia means someone is overly sensitive to pain—smaller discomforts feel like more significant pains to them.

Allodynia is when things that aren’t typically considered painful (like light pressure from brushing your hair or gently rubbing a cotton swab over your skin) feel bothersome and uncomfortable.

Other Uses for Cymbalta

In addition to fibromyalgia, Cymbalta is approved by the FDA to treat the following disorders:

Side Effects of Cymbalta

Most side effects of Cymbalta are usually minor and go away over time.

The most common potential side effects associated with Cymbalta are:

Other potential adverse events include:

If you experience any of the following more serious side effects, contact your doctor immediately:

Just like other antidepressants, Cymbalta carries a black box warning indicating that there is increased risk of developing worsening depression, suicidal thinking and behavior.

This occurs most often in children, adolescents, and young adults, but can happen to anyone.

If you or your loved ones are taking this medication or any antidepressant, watch out for the following warning signs that will require immediate medical attention:

If any of the above symptoms occur, it’s important to seek immediate medical attention.

Cymbalta is not safe for some people with certain medical conditions or who are taking certain medications. Contraindications include:

Caution is advised if the following conditions exist:

There are other conditions that can predispose to unsafe side effects of any medication, including Cymbalta.

Discuss your medical history and current medications, including over the counter medications, with your healthcare provider, so that the safest decisions on your treatment plan can be made.

The dosage of Cymbalta for the treatment of fibromyalgia typically begins at 30 milligrams (mg) a day for a week. Depending on how an individual responds to this, doctors typically increase the dosage to 60 mg daily.

Dosages higher than 60 mg a day provide no additional benefit and instead increase the risk of more serious side effects.

Other Medications that Treat Fibromyalgia

Cymbalta isn’t the only option to treat and help manage fibromyalgia.

Other treatment options include:

Have questions about fibromyalgia? Talk to a doctor through K Health.
Get Started

Contact your doctor if you take Cymbalta for fibromyalgia and:

Seek immediate medical care if you start to experience any of the more serious side effects of Cymbalta (such as hallucinations, high fevers, and intense mood swings).

If you have suicidal thoughts, you can also contact the free and anonymous National Suicide Prevention Lifeline at 800-273-8255 or text the Crisis Text Line (text HOME to 741741).

Think you might need a prescription for Cymbalta (Duloxetine)?

K Health has clinicians standing by 24/7 to evaluate your symptoms and determine if Cymbalta is right for you.

Get started by checking your symptoms and connecting with a medical professional.

How long does it take Cymbalta to work for fibromyalgia?
Cymbalta is recommended as a first-line treatment for fibromyalgia. Many patients report improvements in pain within a week of starting the drug.
When is the best time to take Cymbalta for fibromyalgia?
There is no hard and fast rule for the best time to take Cymbalta. What matters most is taking the prescription at the same time every day. However, if you feel the prescription drug makes you drowsy, it’s best to take the medication in the evening.
Does Cymbalta help with fibro fatigue?
Cymbalta should help with fibro fatigue. Since it eases fibromyalgia pain, it likely will also lessen fibro fatigue.
K Health articles are all written and reviewed by MDs, PhDs, NPs, or PharmDs and are for informational purposes only. This information does not constitute and should not be relied on for professional medical advice. Always talk to your doctor about the risks and benefits of any treatment. 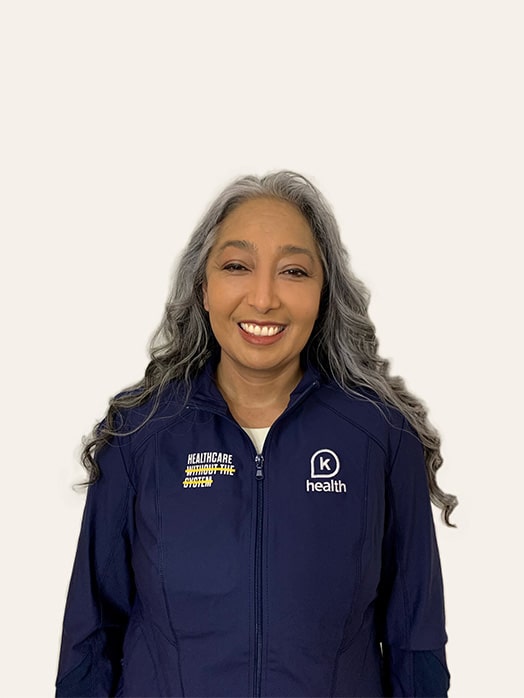 Fibromyalgia may be the reason why you’re feeling very tired, moody, and achy, but find it hard to sleep and have trouble remembering things. You may be in pain because your brain is not processing pain signals normally. Although there is no cure for fibromyalgia, it is very common, especially in women, and there are […]

Get mental health treatment for only $15 for the first month