How Long Does it Take for Prozac to Work? Prozac Side Effects What Conditions Does Prozac Help With? What to Know Before Taking Prozac How to Know When You Are Getting Better When to See a Doctor How K Health Can Help
Share:

Table of contents
How Long Does it Take for Prozac to Work? Prozac Side Effects What Conditions Does Prozac Help With? What to Know Before Taking Prozac How to Know When You Are Getting Better When to See a Doctor How K Health Can Help

It is approved by the U.S. Food and Drug Administration (FDA) to treat symptoms of depression, and is also used to treat anxiety.

Depression impacts 280 million people around the world, according to the World Health Organization (WHO).

If you are considering an antidepressant, it’s natural to wonder how long it might take to help you feel better.

In this article, I’ll explain how Prozac works, and how long it takes to start taking effect.

I’ll also outline some of the medication’s side effects, what you should know before taking it, and who should not take Prozac.

I’ll also talk about how to know when you are feeling better, and when to talk to your doctor.

How Long Does it Take for Prozac to Work?

Prozac helps the brain increase its levels of serotonin, a brain chemical that helps to balance mood.

Prozac does not have a rapid or immediate effect on mood, but once it does achieve consistent levels in the body, it is a highly effective medication.

Many patients see some improvement on Prozac right away, but most people notice the antidepressant effects after 2-4 weeks of daily use.

Prozac has a longer half-life than many other antidepressants at 2-4 days, which means it remains in your body longer than some other medications.

The half-life is the amount of time it takes for a medication to decrease in your body by 50%.

This long half-life makes it easier to stop Prozac than some other antidepressants, which can cause withdrawal symptoms when you stop them abruptly.

The metabolite, or substance, that Prozac is broken down into has an even longer half-life of 7-9 days, which means it may stay in your system for a few weeks after you stop taking it.

Have questions about a Prozac prescription? Chat with a doctor today.
Chat Now

Prozac may cause some common side effects, including:

What Conditions Does Prozac Help With?

Prozac (fluoxetine) is approved by the FDA for the treatment of the following:

Doctors may also use Prozac for off-label purposes. “Off-label” means that the medication has not been approved by the FDA for the condition the doctor is prescribing it for, but the doctor can provide justification for why the medication can help manage symptoms.

Some common off-label uses of Prozac include:

Prozac is a selective serotonin reuptake inhibitor, or SSRI. Serotonin is a neurotransmitter, a chemical used by the nervous system to transmit messages in the body and brain.

Usually, when it’s finished relaying the message, the brain clears, or “reuptakes,” serotonin.

Prozac and other SSRIs work by blocking the clearance of serotonin from the brain.

Because of this increase in the brain’s access to this important neurotransmitter, Prozac can help stabilize mood, support feelings of calm, improve the perception of well-being, and increase feelings of positivity.

What to Know Before Taking Prozac

Prozac may cause serious interactions with other medications.

If you take any of the following, tell your doctor before starting Prozac:

This is not a complete list of potential interactions.

Prozac should not be consumed with alcohol, marijuana, CBD, or any illicit drugs, since they can have serious interactions and change the way that the brain responds to serotonin.

Tell your doctor about everything you take, including other medications, supplements, vitamins, and illicit drugs.

Who should and should not take Prozac

In addition to medication interactions, Prozac is contraindicated in certain people or may be riskier for certain populations.

How to Know When You Are Getting Better

Prozac is very effective for the treatment of depression and other psychiatric conditions, but every person responds differently to medications.

It takes an average of 2-4 weeks before your body acclimates to Prozac and before it is circulating effectively in your system.

You may not notice improvements until it has been that long, and as you initially adjust to the medicine, you may notice some side effects that could make things feel worse.

Keep your doctor or provider informed about how you are feeling.

If the dose is right, you should start to feel better within 2-4 weeks, but you may continue to improve over more weeks or even months if you are taking Prozac longer-term.

It often takes a few dose adjustments to find the perfect long-term dose.

How you define getting better may be different from someone else.

To know if you are improving, ask yourself the following questions:

There are many ways to decide if Prozac is working for you and supporting your well-being.

The most important way is if you are feeling better and experiencing an improved quality of life.

If you experience any concerning side effects or are feeling worse while on Prozac, let your provider know.

If you believe you are experiencing a severe allergic reaction are are having suicidal thoughts, seek emergency medical care or call 9-1-1.

If you have been taking Prozac for 4 weeks but you are not feeling better, let your prescriber know.

You may need a higher dose, or Prozac may not be an effective drug for you.

If your provider does switch your medication, you may need to taper or wean off of Prozac before starting something else.

Be sure to follow your healthcare provider’s instructions carefully.

Never stop taking Prozac or any other antidepressant suddenly without your doctor’s guidance.

Have questions about a Prozac prescription? Chat with a doctor today.
Chat Now

Think you might need a prescription for Prozac (fluoxetine)?

K Health has clinicians standing by 24/7 to evaluate your symptoms and determine if Prozac is right for you.

What does Prozac feel like when it starts working?
Initially, Prozac may lead to some gastrointestinal symptoms or other side effects that may make you question your decision to take it. However, as your body adjusts to the medication, these symptoms should lessen. As your body reaches higher levels of the medication, typically over 2-4 weeks, Prozac may help your mood feel lighter, and you may feel calmer, happier, less anxious, more relaxed, or more able to function normally.
What is the peak time for Prozac?
Peak plasma concentration of Prozac occurs 6-8 hours after taking the drug. It works best when taken every day for 2-4 weeks. Prozac has a long half-life of 2-4 days, meaning that it takes that long for the dose in your body to be reduced by half. As Prozac is broken down, the resulting substances, called metabolites, stay in your system even longer—at least 7-9 days before half of these substances are gone.
K Health articles are all written and reviewed by MDs, PhDs, NPs, or PharmDs and are for informational purposes only. This information does not constitute and should not be relied on for professional medical advice. Always talk to your doctor about the risks and benefits of any treatment. 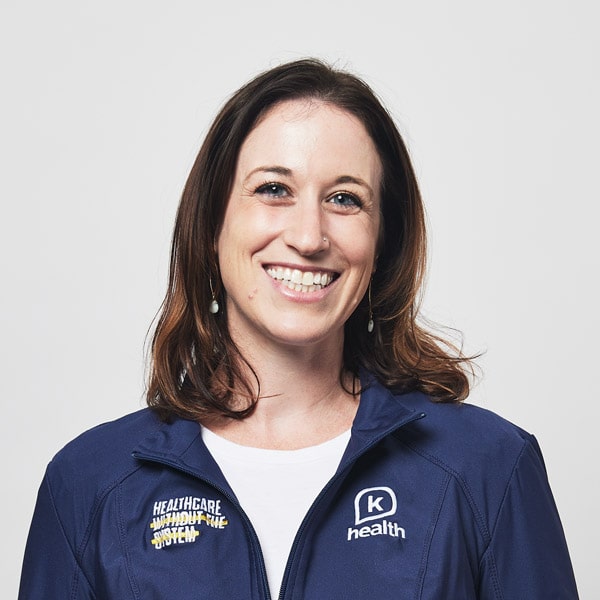 Can You Overdose on Prozac?

Prozac is a commonly prescribed antidepressant. Along with its generic version, fluoxetine, Prozac was prescribed more than 27 million times in the United States in 2019. Even though it is common, Prozac is still a medication that can have serious side effects, including overdose. In this article, I’ll outline the symptoms of a Prozac overdose, […]

How to Get a Prozac Prescription Online

Since it was first introduced in the United States in 1988, Prozac (fluoxetine) has helped millions of Americans manage depression, anxiety, and other medical conditions. If you are struggling with mental health symptoms, Prozac may help you balance your emotions, boost your energy, regulate your appetite, improve your sleep, and enhance your quality of life.  […]

Prozac and Zoloft are brand-name medications used to treat depression, anxiety, and other mental health conditions. They are among a handful of antidepressant drugs called selective serotonin reuptake inhibitors (SSRIs) that work by improving your brain chemistry to boost your mood, regulate your emotions, and enhance the quality of your sleep. Lexapro and Celexa are […]

Anxiety is a normal human emotion, but when someone suffers from intrusive, intense anxiety symptoms that impacts their daily life, they have an anxiety disorder. Anxiety disorders are the most common mental health condition in the United States. By some estimates, more than 40 million Americans, or 18% of our population, will have an anxiety […]

How Long Does Prozac Stay in Your System? Half-Life and More

Fluoxetine (Prozac) is a prescription medication used to treat depression, obsessive compulsive disorder (OCD), and other mental health conditions. Like most antidepressants, Prozac can help to alleviate symptoms of depression and anxiety in many people, but it isn’t right for everyone.  After starting Prozac, you may experience some unwanted side effects or find that the […]

How to Get Antidepressants

Nearly 280 million people around the world experience depression, one of the most common mental health conditions. Depression can negatively affect your mood and how you feel, and lead to emotional and physical issues. Impacting how you function daily, it can cause feelings of sadness, depression, helplessness, and loss of interest in previously enjoyable activities.  […]

Get mental health treatment for only $15 for the first month