Migraine headaches can cause several uncomfortable symptoms, from a severe headache on one side of your head to nausea, vomiting, and sensitivity to light and sound.

For some people, a migraine episode also comes with a neurological disturbance known as an aura.

A migraine aura can occur before or during a headache, and in some cases, without a headache at all.

If you get migraines with aura, it’s important to tell your doctor about your symptoms.

A healthcare provider may want to rule out other medical problems.

If you’re diagnosed with migraine aura, your provider can recommend a treatment that may relieve your symptoms.

In this article, I’ll explain what a migraine aura is and what causes it.

Lastly, I’ll explain when to see a doctor for a migraine aura.

Experiencing migraines? Chat with a provider through K Health.

What Is a Migraine Aura?

A migraine is a type of headache that causes throbbing or pulsing pain, usually on one side of the head.

According to the American Migraine Foundation, up to 30% of people with migraine experience a neurological symptom known as an aura.

Auras can cause several sensory disturbances, from seeing dots and zig-zags to tingling on either side of your face or body.

For many migraine sufferers, the aura is considered a warning sign that happens 30-60 minutes before the actual headache.

Sometimes, aura can happen with the headache, and other times, people with an aura may not ever get a headache.

There are a few different kinds of migraine aura:

What Causes a Migraine Aura?

Experts believe migraine aura is caused by an electrical wave that moves across the brain.

Aura symptoms may depend on the part of the brain where this wave occurs.

For example, someone might experience a visual aura if the electrical wave happens in their visual cortex, the part of the brain associated with vision.

Migraine aura can happen to anyone, but it’s more common in people with vaginas, and it’s thought that genetics may predispose people to experiencing them.

Many of the same environmental factors that trigger a migraine headache can cause a migraine with aura, including:

Is it possible to have an aura without a headache?

Also called a “silent migraine,” an aura can occur without a headache during or after it.

Usually, the aura happens gradually over the course of minutes.

Keep in mind that a migraine aura without a headache can mimic symptoms of a stroke.

Call 9-1-1 or visit the emergency room if you have any of the below signs:

Migraine aura symptoms vary, and they depend on the type of aura that’s occurring.

Some of the most common symptoms of a migraine aura include:

In many cases, a migraine headache also occurs with an aura, either during or after it.

Migraine symptoms may include:

If you think you may have migraine with aura, talk to your primary care provider or a K doctor.

Your provider will ask you about your medical history and symptoms, along with performing a physical exam.

In some cases, your doctor may want to rule out other medical problems, like a type of stroke called a transient ischemic attack (TIA).

You may also get an eye exam to ensure an eye condition isn’t causing your visual problems.

Your doctor might refer you to a neurologist, who specializes in brain disorders, to rule out brain conditions that could mimic a migraine aura.

Never diagnose yourself with migraine with aura until you have been evaluated by a doctor.

Medications taken at the first sign of an aura can help relieve pain from migraine attacks.

If your migraines are not severe, over-the-counter analgesics (such as acetaminophen, or Tylenol) or non-steroidal anti-inflammatory drugs (such as ibuprofen, aspirin, or naproxen) may help.

If your migraine doesn’t respond to OTC drugs alone, your doctor may recommend prescription medication as a treatment option. Common migraine treatments include:

If you get severe migraines or frequent migraine with aura, your doctor may recommend a preventative drug.

Examples of drugs that can help prevent migraines include:

If you get migraines with or without aura, keeping a headache diary with details about your migraine attacks can help you avoid the triggers that cause them.

You may also want to try these healthy lifestyle changes to prevent a migraine with aura:

Migraine auras can be uncomfortable, and a doctor can help to diagnose you and find a treatment plan that relieves your symptoms.

If you’re taking medication for migraine aura but it’s not helping, or you experience a change in your aura symptoms, you should also see a medical provider.

If your sensory symptoms aren’t accompanied by a headache and you’re concerned about a stroke, call 9-1-1 or visit the emergency room right away.

The following signs may signal a stroke:

Experiencing migraines? Chat with a provider through K Health.

Did you know you can get affordable primary care with the K Health app?
Download K to check your symptoms, explore conditions and treatments, and if needed text with a doctor in minutes.

K Health’s AI-powered app is HIPAA compliant and based on 20 years of clinical data.

Are migraine auras serious?
Migraine auras can be disturbing, but they usually resolve on their own. If you think your aura symptoms may be something else, talk to a doctor. In rare cases, more serious medical conditions, such as a stroke, can cause neurological disturbances similar to an aura.
What does a migraine aura feel like?
A migraine aura can cause several different neurological symptoms, from visual disturbances to sensory ones. Often, but not always, a migraine aura happens before or during a migraine headache. People often describe migraines as throbbing or pulsing pain, and they can occur on one side of the head or cause pain on both sides. 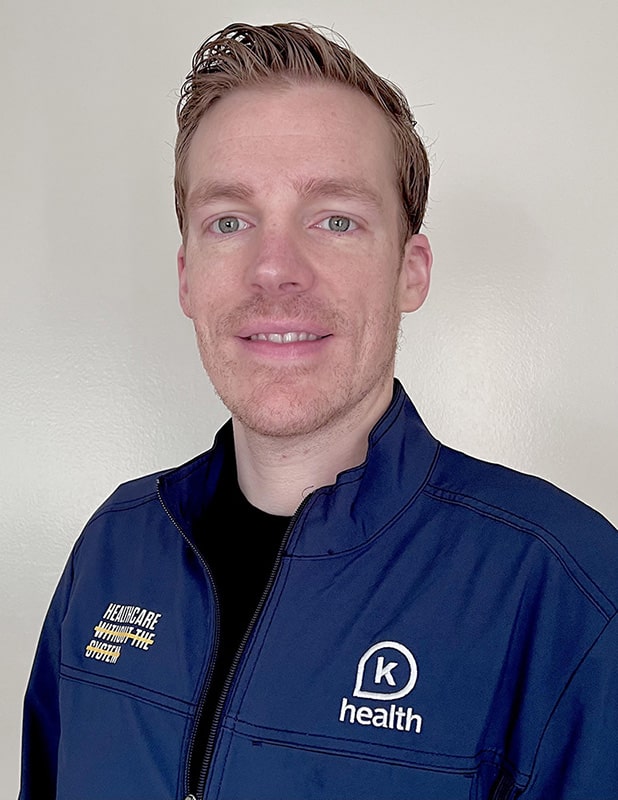 Why You Are Waking Up With a Migraine?

If you’re waking up with pounding headaches, you’re not alone: Research shows that morning headaches affect one in 13 people. For many of those sufferers, their wake-up head pain is a migraine—in fact, the morning is the most common time to suffer from one of these debilitating headaches. In this article, I’ll talk about migraines […]

There are so many common migraine triggers, including foods and drinks, but a migraine diet modification can help. Understanding how what you eat affects your chances of having a migraine attack can help you avoid them and improve your quality of life. It is not always possible to prevent a migraine, but symptoms of a […]

What’s the Difference Between Cluster Headache vs Migraine?

What Medications Can Treat Migraines?

Approximately 1 in 7 American adults suffer from migraines, a headache disorder that can cause nausea, vomiting, sensitivity to light and sound, and a neurological disturbance known as an aura. Migraines may be common, but they can also be debilitating. A migraine headache may last for hours or even days, interfering with people’s ability to […]

Most people associate a migraine with a severe headache. But it is possible to have a migraine attack with no head pain. This is called a silent migraine, or migraine aura without headache. The term “silent migraine” is no longer the preferred way to refer to these, as there are concerns the word “silent” diminishes […]

How Long Can Migraine Last?

Migraines can come on suddenly, or may start showing early warning signs. If you’ve had a migraine before, you know that once a painful, throbbing migraine attack begins, one of the most important questions on your mind is when it will end so you can feel better. In this article, I’ll explain more about migraines, […]

If you are one of the 29.5 American adults affected by migraine attacks, you know that a migraine is not just a “bad headache.”  Migraine attacks can be debilitating, causing throbbing, pulsating, or stabbing pain, nausea, vomiting, diarrhea, vision changes, and sensitivity to light and sound.  In addition to medications and lifestyle changes, treating migraine […]

The Link Between Migraines and Neck Pain

Neck pain and migraine sometimes go hand-in-hand. It can be tough to know whether your neck pain is a symptom of a migraine headache or if it is a trigger. To further muddle things, neck pain can also occur with other types of headaches.  Don’t let any confusion over this matter cause headache pain. We’ll […]