What is Paxil? How Paxil Works Paxil for Generalized Anxiety Disorder How to Take Paxil Potential Side Effects Drug Interactions Risks & Warnings Are There Alternatives to Paxil? How K Health Can Help
Share:

Table of contents
What is Paxil? How Paxil Works Paxil for Generalized Anxiety Disorder How to Take Paxil Potential Side Effects Drug Interactions Risks & Warnings Are There Alternatives to Paxil? How K Health Can Help

Paxil is a brand name for an antidepressant called paroxetine hydrochloride, a medication used to treat anxiety disorders and conditions like depression, obsessive-compulsive disorder (OCD), and post-traumatic stress disorder (PTSD).

If you’ve been diagnosed with an anxiety disorder or any of the conditions mentioned above, your doctor may recommend Paxil.

In this article, I’ll tell you more about Paxil, how it works, and what it’s used for.

I’ll talk about its use for generalized anxiety disorder, or GAD.

I’ll explain how Paxil is taken, outline some of its side effects, and list some possible risks associated with the medication.

I’ll also tell you about a few alternatives to Paxil that are available.

Paxil is a type of medication called a selective serotonin reuptake inhibitor, or SSRI.

SSRIs work by increasing the amount of a chemical called serotonin that’s available to your brain.

By doing so, Paxil helps to improve mood and reduces symptoms of depression, anxiety, and other mental health conditions.

Take our free assessment and learn about your options.

Your doctor may prescribe Paxil to you for any of these conditions:

Serotonin is a type of chemical in the body called a neurotransmitter.

Neurotransmitters carry messages for our nervous systems between the brain and body.

When serotonin is present in the brain, it can have positive effects on our mood, sleep patterns, and pain perception.

Under normal circumstances, when serotonin has finished relaying its message, it is recycled by the brain, a process called “reuptake.”

SSRIs like Paxil increase the amount of serotonin in the brain by preventing, or inhibiting, the neurons from reabsorbing serotonin that’s already been released.

Experts think that an imbalance of serotonin may lead to mood disorders like anxiety and depression.

By interrupting the reuptake process, SSRIs increase the amount of serotonin available to your brain.

It usually takes four to six weeks for Paxil to start having positive effects.

Generalized anxiety disorder (GAD) is characterized by excessive worry and fear that is persistent for over six months.

People with GAD feel a lot of fear over everyday life situations, and the fear is usually out of proportion with the situation.

If you have generalized anxiety disorder, you may feel restless, always on edge, easily fatigued, have difficulty concentrating, sleep disturbances, irritability, and muscle tension.

However, studies have not yet demonstrated Paxil’s usefulness in children or adolescents with generalized anxiety disorder.

Although it is effective for treating anxiety, studies show that patients on paroxetine are more likely to experience more adverse effects than those on other medications like escitalopram (Lexapro).

How to Take Paxil

Paxil comes as a tablet, capsule, liquid, and a controlled-release tablet.

It is usually taken once daily, either in the morning or at night—talk to your doctor about which timing is right for you. While it can be taken with or without food, it’s best to take it with food to avoid stomach upset.

Regular and extended-release Paxil tablets should not be chewed or crushed—they should be swallowed whole.

If you’re taking the Paxil liquid, shake the bottle well before use to ensure the medication mixes evenly.

Your doctor may start you on a small dose of Paxil and eventually increase your dose.

Don’t increase your dose on your own, even if you don’t see results yet.

Never increase or decrease your dose on your own—or suddenly stop taking Paxil—without consulting your doctor.

Take Paxil exactly as your doctor prescribes and ask questions where you’re unclear.

If you miss a dose of Paxil, take it as soon as you remember.

But if it’s a couple of hours to the next dose, skip the missed dose.

Never take 2 doses at the same time to make up for a forgotten one.

Talk to your doctor before stopping the medication, even if you feel better.

If you stop taking Paxil suddenly, you may experience serious withdrawal symptoms like:

Paxil has several known side effects, including:

These side effects are relatively common, with 1 in 100 people experiencing them.

The side effects usually improve over time as your body adjusts to the medication.

If you still feel them after a week or two, talk to your doctor.

Here’s how you can cope with some of these side effects:

Tell your doctor about all the medications you’re taking or plan to take, including vitamins, supplements, over-the-counter medications, herbal remedies, and illicit drugs.

Paxil interacts with some medications when they’re taken together or within days of each other.

Paxil can also interact with some over-the-counter medications.

Do not use Paxil with other antidepressants or other medications containing paroxetine.

Taking more than one medication containing paroxetine can lead to a dangerous overdose.

Taking Paxil with monoamine oxidase inhibitors (MAOIs) or other antidepressants can lead to serotonin syndrome, a potentially life-threatening condition where your body has too much serotonin.

Symptoms of serotonin syndrome include:

Also, avoid taking Paxil if you stopped taking an MAOI less than two weeks ago.

Taking Paxil and an MAOI within two weeks of each other may lead to dangerous drug interactions.

Aggression, panic attacks, and abnormal levels of excitement are all potential side effects of Paxil.

One in 1000 people experience new feelings of depression or worsened depression while on Paxil.

It can sometimes make anxiety feel worse rather than better, and can potentially cause suicidal thoughts or a desire to self-harm.

Let your family or people around you know of this potential risk so that they can help look for concerning signs.

People who are pregnant, breastfeeding, or plan to become pregnant shouldn’t take Paxil, as it may cause severe congenital disabilities in children.

Talk to your doctor if you become pregnant while on Paxil.

Other less common risks of Paxil include:

Are There Alternatives to Paxil?

There are alternative medications to Paxil, and your doctor may prescribe them if you aren’t responding well to Paxil or if they believe you’d be better off taking something else.

Some common alternatives to Paxil include other SSRI medications:

These medications all have their own side effects, precautions, and warnings.

Take our free assessment and learn about your options.

Think you might need a prescription for Paxil (paroxetine)?

K Health has clinicians standing by 24/7 to evaluate your symptoms and determine if paroxetine is right for you.

How long does it take Paxil to work for anxiety?
It takes four to six weeks for Paxil to work for anxiety.
Is Paxil a good medication for anxiety?
Yes, but you should only take it with a prescription.
K Health articles are all written and reviewed by MDs, PhDs, NPs, or PharmDs and are for informational purposes only. This information does not constitute and should not be relied on for professional medical advice. Always talk to your doctor about the risks and benefits of any treatment. 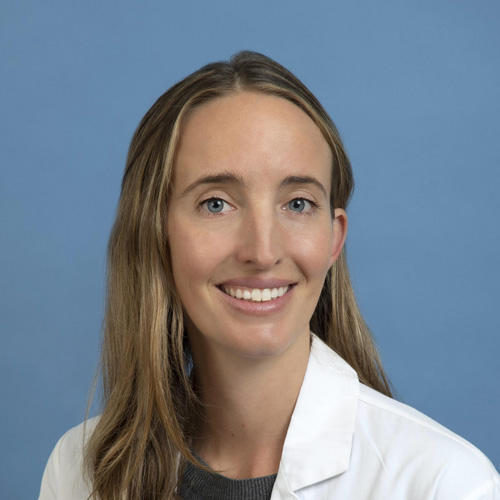 Dr. Mitton is a board certified internal medicine physician with over 6 years of experience in urgent care and additional training in geriatric medicine. She completed her trainings at Mount Sinai Hospital and UCLA. She is on the board of the Hyperemesis Research Foundation to help women suffering from hyperemesis gravidarum.

Paxil (paroxetine HCl) is a commonly prescribed medicine that nearly twelve million Americans take to treat depression, anxiety, and other mood disorders. It can help improve your day-to-day mood, energy, and interest in life, while reducing any fear, anxiety, unwanted thoughts, and panic attacks. It may also help to dampen down the urge to perform […]

Can You Consume Alcohol While Taking Paxil?

Paxil, a brand of paroxetine, is a commonly prescribed antidepressant medication. In 2019, paroxetine was the 78th most prescribed medication in the United States. It works by increasing serotonin levels in the brain.  Many people are uncertain about whether they can drink alcohol while using medications. This is especially tricky when managing a mental health […]

SNRIs: What Are They, Uses, Side Effects & More

One in every 15 American adults suffer from depression in any given year. And more than 18 percent of people in the United States suffer from anxiety disorders each year. So if you’re suffering from one or both of these conditions, you’re not alone—and you don’t have to continue to suffer, either. Antidepressants work for […]

SSRIs: What are they, Uses, Side Effects & More

Antidepressant medications have helped Americans manage their mental health symptoms for almost 50 years. They are among the most commonly prescribed psychiatric drugs in the country, with nearly 13% of adults in the United States taking at least one dose in the last 30 days. There are many types of antidepressant drugs. One of the […]

Lexapro vs. Paxil: Differences and Similarities

Anxiety and depression are common mental health disorders in the United States and many people who suffer from one disorder often also suffer from both. In fact, about one half of the people diagnosed with depression also receive diagnoses of an anxiety disorder, according to the Anxiety & Depression Association of America. Though anxiety and […]

Everything You Should Know About Antidepressants and Alcohol

An estimated 3.8% of the worldwide population is affected by depression. This particular mental health condition can cause prolonged feelings of sadness, hopelessness, and guilt, and interfere with daily life. It can also cause symptoms of apathy toward previously enjoyable activities, difficulty making decisions, physical issues, and thoughts of self-harm and suicide. To help treat […]