Asthma can be difficult to live with. It can begin in early childhood and last into adulthood.

However, for some patients, asthma symptoms can resolve in adulthood, causing many individuals to wonder if asthma can be outgrown or cured.

To understand the answer to this question, it’s critical to first understand what asthma really is.

In this article, I’ll cover what asthma is and whether it can go into remission.

I’ll also go over symptom prevention and when to see a doctor.

Asthma is a long-term disease that affects the airways in the lungs.

Scientists have been searching for a clear cause of asthma but so far, there is no definitive answer.

However, enough data has been collected to know that the following factors may play a role in whether or not you or your child develop asthma:

Asthma tends to run in families, particularly through the maternal line.

Children with a parent who has asthma are more likely to also suffer from the disease, and the risk goes up if it is the mother who is asthmatic.

Again, if one or both parents have the condition, a child is at higher risk.

People who have asthma are also more likely to have allergies, and also may have a higher risk of a severe allergic reaction involving their airway.

Lungs continue their development throughout infancy and early childhood.

Many childhood illnesses include some sort of respiratory infection, and these types of infections can inflame and damage developing lung tissue.

This damage can adversely affect lung function for the rest of your or your child’s life.

Children raised in an environment that contains allergens and pollutants that act as irritants, or who are constantly exposed to viral infections as infants when their immune systems aren’t fully mature, are more likely to develop asthma than children who have clean fresh air to breathe.

Adults who are exposed to certain dust or chemicals in the workplace are also at increased risk.

Adults who did not have asthma as a child but developed the condition later in life are said to have “adult-onset asthma.”

Symptoms of asthma include coughing, especially at night or when lying down; trouble breathing deeply or catching your breath; wheezing, especially when under any sort of exertion; or feeling tightness in the chest.

Symptoms may get worse when triggered by cold air, activity, dust, or allergens.

Concerned about asthma? Chat with a medical provider through K Health.
Get Started

Can Asthma Go Into Remission?

Asthma can go into remission, but that’s exactly what it is: clinical remission.

The symptoms stop manifesting and you may see normal lung and airway function, but the underlying disease isn’t cured.

There currently is no cure for asthma.

While remission may last for months or even years, it typically returns, and symptoms resume.

Some children have asthmatic symptoms that disappear completely as they grow older.

While this has often been pointed to as “proof” that asthma can go away, it’s generally agreed among medical professionals that the older child never actually had asthma at all.

Instead, they may have been suffering from reactive airways responding to allergens, pollutants, or other respiratory complaints that mimicked childhood asthma symptoms.

Can Symptoms Return After Remission?

Even while there are no glaring symptoms during intervals of remission, there may still be inflammation of lung tissue.

Any kind of trigger can cause full symptomatic asthma to return, so it’s important to keep rescue asthma medications on hand and up-to-date even during extended periods of remission.

Can Asthma Symptoms Be Prevented?

While asthma can’t be cured and never really goes away, there is a lot you can do to help prevent symptoms.

Being aware of the early signs of asthma symptoms and having an asthma action plan is key to living a full and active life.

If you are an adult with asthma, and smoke, you are likely triggering many attacks.

Smoking puts extra strain on your lungs and respiratory system.

Quitting smoking can allow your lungs to begin to heal from smoke related damage, and can help prevent coughing, wheezing, shortness of breath, and tightness in your chest.

If you have a child with asthma, providing them with a smoke free environment and serving as an example of not smoking can help them have healthier lungs as well.

If they aren’t exposed to smoke, their risk of triggering an attack can also be reduced.

Other triggers that commonly cause an asthma attack should also be avoided.

These include frequenting venues where people are allowed to smoke, environments with a lot of dust, and allergens like pet dander or pollen.

By knowing what specifically triggers your or your child’s asthma attacks, you can make plans to avoid those triggers.

Proper management of asthma requires planning for times when you or your child may suffer exposure so you’re ready to head off an attack as quickly as possible.

Asthma can be treated with two different types of medication; short-acting and long-acting.

Short term medication usually contains some sort of ingredient that relaxes muscles and opens the airways, and is delivered in mist form through an inhaler.

It’s important to keep an inhaler on hand at all times, to renew prescriptions promptly, and replace the inhaler when it is out of date.

Even if you have been in remission, a trigger could cause a sudden flare in symptoms and you’ll need your inhaler to avoid difficulty breathing.

Some act to reduce the body’s response to asthma triggers, reducing the chances of an attack.

Concerned about asthma? Chat with a medical provider through K Health.
Get Started

If you or your child have asthma, it’s vital to know when symptoms merit going to the doctor.

Having a clear asthma action plan and reviewing it regularly to help you identify when medical care is required.

The goal of an action plan is to identify where you or your child are in respect to three “zones.”

In the green zone, there are no active symptoms or distress, breathing is good, airflow is good, and only control medication is being routinely used.

In the yellow zone, symptoms have manifested, and use of quick-relief medicines is advised.

If symptoms continue for 24 hours or worsen, the situation moves into the red zone.

In the red zone, symptoms have persisted or worsened, rescue medication is not proving effective, and it’s time to seek extra help.

Call your or your child’s doctor, and if they aren’t available, go to the closest emergency room.

Accepting that asthma doesn’t go away, even if you or your child experience remission intervals, can help you stay vigilant and prepared for the return of symptoms.

Did you know you can get affordable primary care with the K Health app?
Download K to check your symptoms, explore conditions and treatments, and if needed text with a doctor in minutes. K Health’s AI-powered app is HIPAA compliant and based on 20 years of clinical data.

Does asthma ever go away completely?
Unfortunately, asthma is a disease which, once present, remains with a patient for the rest of their life. There might be periods of remission, but don’t be lulled into a sense of false security. Keep rescue medications up-to-date and available.
Does asthma go away with age?
Contrary to what many people think, children don’t “outgrow asthma.” Children who have asthma symptoms when they are young but who don’t have symptoms again once they are older and show no sign of lung impairment didn’t actually have childhood asthma. It’s more likely they had reactive airways as children due to allergies or respiratory issues that got better with age as their airways developed more fully.
Can you be cured of asthma?
Asthma currently has no known cure, despite many claims being made about immunotherapy. The best thing to do about asthma is to have an asthma action plan and to stay vigilant of asthma symptoms. Being prepared for asthma at all times is one of the best ways to avoid a trip to the ER due to a severe asthma attack. 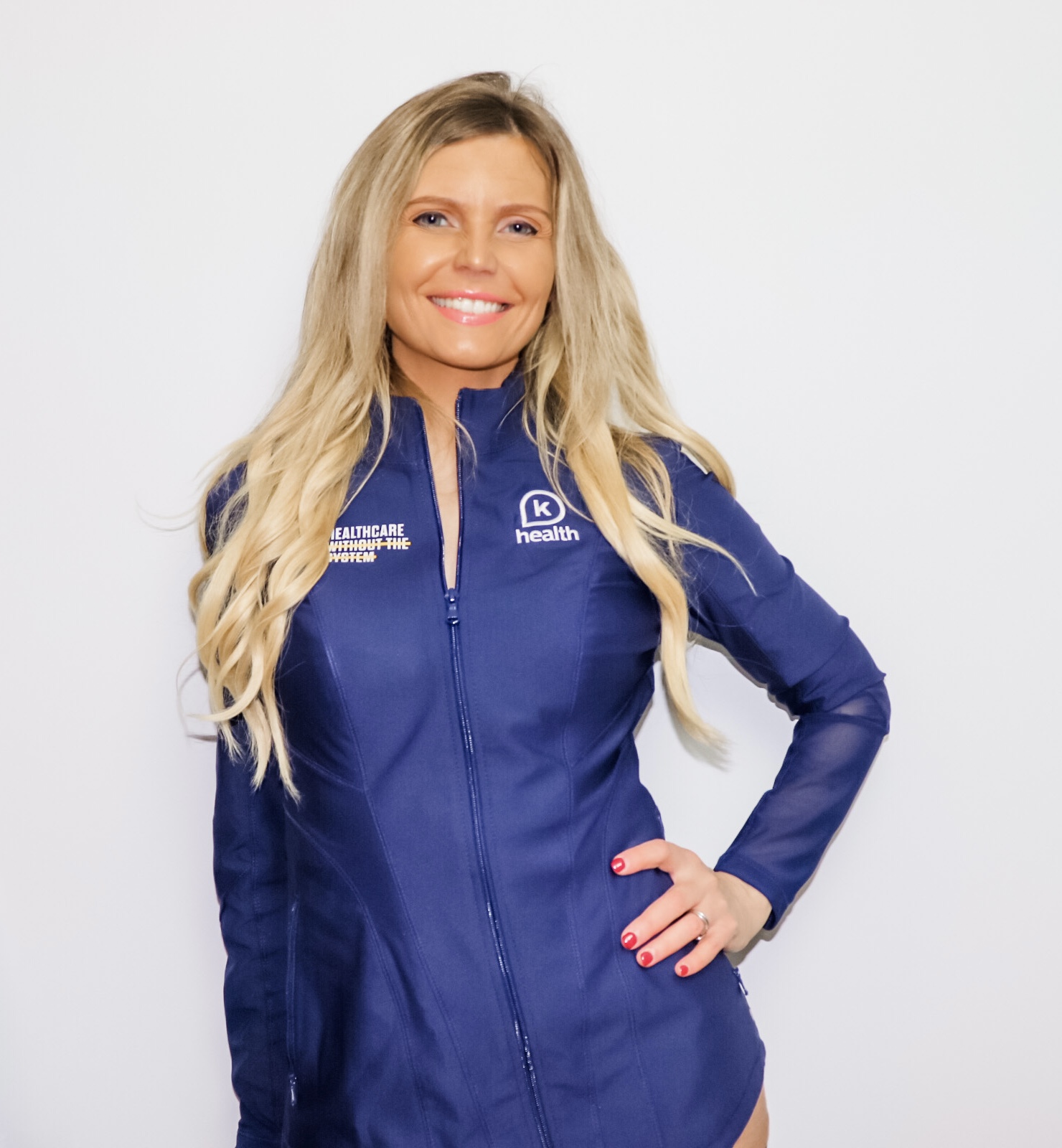 Dr. Sabina Rebis is a board certified family medicine physician with over 5 years of primary care and urgent care experience.

Everything You Need to Know About Asthma Classification

More than 25 million Americans suffer from asthma. Though it is a chronic condition, proper care and treatment can help manage asthma and its symptoms in the long term.  Not everyone experiences asthma in the same way. Depending on how often you experience symptoms, and how severe those symptoms are, your asthma may have a […]

Asthma is a common medical condition that inflames the airways in your lungs, and can make it difficult to breathe. One in 13 people in the United States has asthma, and it’s the country’s leading chronic disease in children. When you have asthma, your lungs are hyperresponsive to triggers that irritate them. Asthma triggers can […]

Asthma is a common chronic condition that affects millions of Americans every year. When you have asthma, it means that your lungs are sensitive to triggers in the environment and your body. When you make contact with an asthma trigger, the airways that carry air in and out of your lungs can react, becoming inflamed […]

If you have asthma, you’re a member of a big club: More than 25 million people in the U.S.suffer from this condition. And chances are, you’ve experienced an asthma attack—so you know that the asthma club is not a fun one.  An asthma attack is an exacerbation of asthma symptoms like shortness of breath, chest […]

Are You Having an Asthma Attack?

Asthma is a long-term, inflammatory condition that affects the airways in your lungs. It’s a widespread disease, impacting roughly 300 million people globally. Asthma can affect anyone at any age, including pediatric patients. It’s one of the leading causes of hospitalizations among children under the age of five in the United States.  When you have […]

How to Get An Inhaler Without Seeing a Doctor

If you suffer from breathing problems or asthma, you may need an inhaler. Also called a bronchodilator, an inhaler is a device that helps people get the necessary medicine into their lungs quickly and easily. The medicine works as a mist or spray that is released by a pump to help open tight airways. There […]

More than 25 million people in the U.S. have asthma, and the most common type is allergic asthma, affecting around 60% of asthma sufferers. In this article, I’ll explain what allergic asthma is and what differentiates it from other types of asthma, what causes and triggers allergic asthma, how it’s diagnosed and treated, how you […]