What is Celexa? Can Celexa Treat Anxiety? Other Treatments for Anxiety Celexa Side Effects How to Take Celexa Celexa Precautions
Share:

Table of contents
What is Celexa? Can Celexa Treat Anxiety? Other Treatments for Anxiety Celexa Side Effects How to Take Celexa Celexa Precautions

Celexa is a prescription medication typically used to treat symptoms of depression. Doctors may also use it for anxiety disorders.

In this article, we’ll explore how Celexa may be effective for anxiety, potential side effects, how to take it, and other ways to support anxiety care.

Celexa (citalopram hydrobromide) is an FDA-approved antidepressant medication used to treat adults who have been diagnosed with depression.

While the FDA has not approved Celexa for generalized anxiety disorder (GAD), your doctor may prescribe it for this reason, which is known as “off-label” use.

SSRIs work to increase the amount of serotonin the brain by slowing the rate at which serotonin is cleared.

Serotonin is an important brain chemical that is partially responsible for regulating your mood, sleep, and metabolism.

Giving the brain more access to serotonin can result in an improved mood…which means it can be beneficial for both anxiety and depression.

Celexa is approved by the Food and Drug Administration (FDA) for the treatment of major depressive disorder (MDD) or other depression-related symptoms or conditions.

It is also used off-label for other purposes, including anxiety.

Serotonin is a brain chemical that helps regulate mood, sleep, and metabolism.

As an SSRI, Celexa  prevents the reuptake or clearance of serotonin by neurons in the brain, which means that your brain has more access to serotonin.

Additionally, while Celexa affects serotonin, it doesn’t effect other neurotransmitters, such as norepinephrine and dopamine, making it a highly selective medication and resulting in fever unwanted side effects than some other SSRIs.

While the FDA has not specifically approved Celexa for treating anxiety, doctors have been using Celexa and other SSRIs off-label to successfully treat generalized anxiety disorder (GAD) and other forms of anxiety, as well as other imbalances in the brain.

There are several common off-label uses of Celexa, in addition to GAD, which include:

What the research says

While Celexa has not been FDA-approved specifically for anxiety, research is promising.

In a small 12-week trial that used a dose range of 10-60 mg per day of Celexa, all of the study subjects experienced partial or full improvement in their anxiety symptoms.

This led to an improvement r in both social and occupational function. Notably, several patients felt better on Celexa than they did with previous SSRI trials.

Additionally, even at lower doses of 20-30 mg, Celexa was able to reduce anxiety levels in older adults who live in a community home setting, where anxiety is more frequently noted.

Why your doctor may prefer Celexa

Your doctor will select a medication for anxiety based on your health conditions, your symptoms, other medications you are taking, and many other factors.

Some doctors prefer Celexa because it is a highly selective SSRI, more so than other medications in this drug class, and it may lead to fewer changes to other neurotransmitters.

This may lead to fewer long-term side effects and more of the desired result.

Other Treatments for Anxiety

Your doctor has a variety of ways to treat anxiety.

They may recommend more than one way to address your symptoms.

There are many different types of medications that can address symptoms associated with anxiety disorders.

Your doctor will prescribe the one that they believe will be most effective.

Certain types of therapy have been shown to be effective for anxiety disorders.

What works for you may not work for everyone else, and vice versa.

Work with your doctor or therapist to communicate what helps and what doesn’t.

As with medication, therapy may take some time to reach the desired effects.

Therapies that may support people with anxiety include:

Lifestyle changes may help some people lessen the severity of anxiety or panic attacks.

Additionally, maintaining a healthy and balanced lifestyle is good for overall mood support and health, and will support other treatments for anxiety disorders.

Lifestyle changes to consider include:

Common side effects may resolve after your body adjusts to the medication.

Always inform your doctor if you notice new or worsening side effects or have concerns about how you feel while taking Celexa.

Around 10% of patients may experience side effects from Celexa.

Celexa is generally well-tolerated, but may cause some side effects, especially as you adjust to taking it as a new medication.

Common Celexa side effects include:

Some side effects occur more frequently when taking higher doses of Celexa. These may include:

Less commonly, severe side effects of Celexa may include:

How to Take Celexa

This medication is taken one time per day at the same time, either morning or evening.

Your doctor and pharmacist will clearly explain your dosage and how to take it.

If you miss a dose of Celexa, take it as soon as you remember that you have missed it.

If you are closer to your next dose, skip the missed dose and resume your normal schedule with the next one.

Do not double up on Celexa doses.

How long does Celexa take to work?

It takes a week of consistently taking Celexa before your body reaches a steady concentration of the medication.

After that, like with other SSRIs, it may take up to six to eight weeks before you will experience the full effects of taking the medication.

While rare, they can increase the risk for self-harm or suicide in some people.

If you or someone you love are taking an antidepressant, including Celexa, you should watch for the following signs:

All of these symptoms, or other feelings of concern, should be reported immediately to health care providers.

If you or someone you know is having any thoughts of hurting themselves or others, please make sure that they are safe and take them to the ER.

If you need to stop taking it, your doctor will work with you to create a tapering schedule.

This will minimize negative effects and the potential for serious side effects.

Celexa has serious interactions with another class of drugs known as monoamine oxidase inhibitors (MAOIs).

People who are taking pimozide should not take Celexa.

Always tell your healthcare provider any other drugs, supplements, or OTC medications that you are taking.

People who are older than age 60 and those who have decreased liver function will experience higher concentrations of Celexa for longer periods of time.

If you have liver problems, make sure that your prescribing physician knows.

Dosage recommendations are lower for older adults and for liver problems, and it may take longer for it to clear your system in these cases.

Celexa and other SSRIs may increase the risk of bleeding, especially if you take aspirin, NSAID drugs, or anticoagulant drugs (warfarin, heparin, others).

If you take any type of blood-thinning medication or bruise or bleed easily, make sure that your health care provider knows before you start taking Celexa.

Think you might need a prescription for Celexa (citalopram)?

K Health has clinicians standing by 24/7 to evaluate your symptoms and determine if citalopram is right for you. 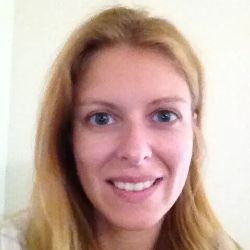 Celexa vs Lexapro: Differences, Similarities and Which One Is Right For You?

Nearly one in five adults in the United States live with a mental illness. But just because mental health conditions like major depressive disorder, anxiety, obsessive-compulsive disorder, and post-traumatic stress disorder are common doesn’t mean that they’re easy to live with. These and other mental health conditions can also cause significant distress. If your symptoms […]

How to Deal with Celexa Withdrawal

Celexa is a prescription medicine used to treat anxiety and depression, as well as some other psychiatric disorders.. In this article, we will explore how Celexa works, and what it looks like to stop taking it—from tapering, withdrawal symptoms, and what you need to know about Celexa and pregnancy. We’ll also explore tips for making […]

Can I Drink Alcohol While Taking Celexa?

Does Celexa Cause Weight Gain?

If you’re one of the more than 260 million people experiencing depression, your doctor may prescribe Celexa. This medication is a brand-name version of a drug called citalopram hydrobromide, a type of antidepressant known as a selective serotonin reuptake inhibitor, or SSRI.  Weight gain is a common concern for people who are prescribed SSRIs. Celexa […]

How Long Does Celexa Stay in Your System?

If you have been experiencing symptoms of major depression or post-traumatic stress disorder (PTSD), your doctor may prescribe you Celexa. Celexa is a brand name version of citalopram, a medication approved by the Food and Drug Administration (FDA) for depression, as well as panic disorders, eating disorders, and anxiety disorders.   After taking Celexa for a […]

How to Get Antidepressants

Nearly 280 million people around the world experience depression, one of the most common mental health conditions. Depression can negatively affect your mood and how you feel, and lead to emotional and physical issues. Impacting how you function daily, it can cause feelings of sadness, depression, helplessness, and loss of interest in previously enjoyable activities.  […]