Upset stomach after eating out? Nauseous after slurping a suspicious oyster?

The good news is that foodborne diseases are generally not serious, and often clear up on their own.

In this article, I’ll describe the different types of food poisoning, the causes of foodborne illnesses, and symptoms to watch out for.

Finally, I’ll discuss treatment for foodborne diseases, and when you should see a doctor.

While there are hundreds of foodborne diseases, common types of food poisoning have one of three causes: bacteria, viruses, or parasites.

Each of these categories of food poisoning displays different symptoms, and have their unique causes and risks.

Bacteria-related food poisoning is the most common in the U.S.

There are fewer than 20 different bacterial culprits for food poisoning, though.

The following are some of the most common.

Salmonella infections have been linked to foods including vegetables, meat, nuts, and sprouts.

Between 6 hours and 6 days after exposure, symptoms like diarrhea, fever, stomach cramps, or vomiting may occur, lasting from 4 to 7 days.

To prevent salmonella infections, wash your hands after handling livestock or raw meat, and ensure you cook raw eggs and raw meat thoroughly.

Wash utensils and cutting boards after working with raw materials to avoid cross-contamination.

On occasion, salmonella outbreaks may occur at farms or factories and cause widespread illness and recalls.

These are often tracked and announced through the United States Food and Drug Administration (FDA).

In the United States, E. coli (Escherichia coli) is a common cause of diarrhea.

It is often known as “travelers’ diarrhea,” which occurs after contact with bacteria most commonly found in feces and untreated water that may contaminate your food.

After exposure, most people will begin to see symptoms within three to four days, but for some, symptoms can start in as little as one day, or not appear for up to 10 days.

In severe cases, an E. coli infection can cause hemolytic uremic syndrome (HUS), which can lead to kidney failure and be life-threatening.

Campylobacter bacteria can be found in raw or undercooked meats, shellfish, contaminated water, fruits and vegetables that have come in contact with animal feces, and unpasteurized cheese and dairy.

The best way to prevent campylobacter is to wash fruits and vegetables, ensure you cook your food thoroughly, and avoid raw cheeses.

Shigella spreads through human fecal matter, and is very contagious—it spreads when someone comes in contact with shigella-infected feces, and then touches their food or mouth, or when someone with shigella prepares food for others.

An infection can also be contracted if contaminated water—like in a swimming pool where someone with shigella has been swimming—is swallowed.

Young children, especially those between 2-4 years of age, and older adults in the hands of a caretaker are at particular risk for infection.

While listeria is not the most common foodborne illness, it can be particularly dangerous.

Listeria monocytogenes, the bacteria that causes listeria, can be found in raw milks and cheeses, deli meats, raw vegetables and fruits, and undercooked poultry, sausage, and hotdogs, as well as shellfish.

Pregnant women and those with suppressed immune systems are at higher risk for listeria infections.

For pregnant women, the severe risks include miscarriage, premature birth, and stillbirth.

Though it accounts for very few cases of food poisoning in the U.S., botulism can be deadly.

The most common source is home-canned foods.

Improperly canned commercial foods, as well as bottled items and honey, can produce toxins that cause botulism.

The toxins will sometimes result in muscle paralysis. Generally, symptoms will occur 18 to 36 hours after eating contaminated food.

Make good choices when it comes to home canned and stored goods. Even a common food, like potato salad, has been linked to botulism outbreaks.

Parasites can be transmitted through foods and make a home for themselves in the consumers digestive tract.

These types of parasites are found in undercooked meats and fish, raw sea plants, and raw vegetables that might be contaminated.

Based on your recent travel history, a medical professional might suggest you have been exposed to a parasite.

Some foodborne illnesses are caused by exposure to viruses spread through food.

The most common of these viral infections include hepatitis A and norovirus.

Viral infections can be spread through fresh produce, shellfish, as well as food that’s been touched by infected food workers.

Certain viral food poisoning might be confused with the common stomach flu, which is caused by a highly contagious virus.

Though the symptoms are similar, the causes and severity of the two vary.

Speak with your doctor if you are unsure what is causing your symptoms.

Usually food poisoning will resolve on its own without further medical treatment.

It’s important to drink plenty of fluids to replenish your system.

In severe cases, fluids can be received and replenished through an IV to prevent dehydration.

Watch closely for signs of dehydration, like dry mouth or sunken eyes.

In severe cases, blood tests or stool samples might be required to determine the cause of your food poisoning.

For discomfort caused by gastroenteritis symptoms, individuals can take an over-the-counter antidiarrheal like loperamide (Imodium) or bismuth subsalicylate (Pepto-Bismol).

An anti-vomiting medication like chlorpromazine may also help symptoms.

After you’ve experienced food poisoning, eat foods that will not further disturb your gastrointestinal tract.

Broths and crackers are good choices. Also, be sure to replenish your fluids often.

Although most bouts of food poisoning will resolve on their own, some severe symptoms and serious complications can develop into life-threatening illnesses.

If you experience any of the following severe symptoms, it is important that you seek guidance from a health care provider immediately:

Download K to check your symptoms, explore conditions and treatments, and if needed, text with a doctor in minutes. K Health’s AI-powered app is HIPAA compliant and based on 20 years of clinical data. 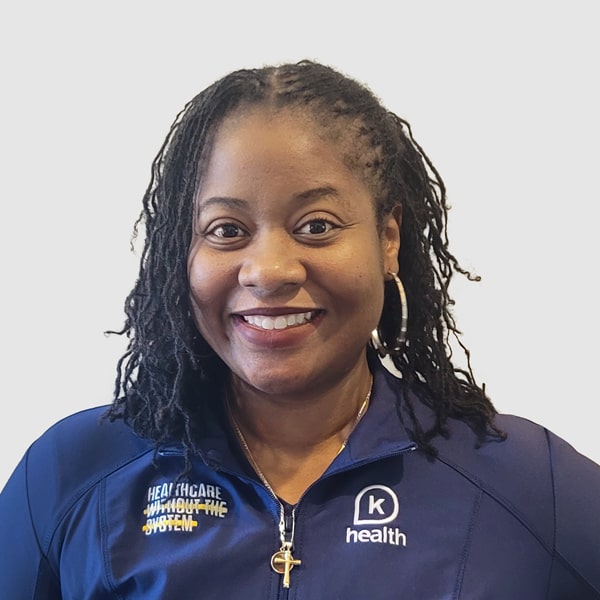 How Long Does Food Poisoning Last?

When you’re experiencing food poisoning, you often wait for it to pass—waiting as your body fights off the harmful bacteria, parasite, or virus. Food poisoning will often resolve on its own, but symptoms can last for up to a few days. In this article, I will discuss the different types of food poisoning and their […]

10 Home Remedies for Food Poisoning: How to Feel Better Fast

An estimated 1 in 6 Americans gets sick with food poisoning every year. Symptoms of food poisoning can include diarrhea, vomiting, upset stomach, fever and chills, headache, and nausea. These symptoms can appear within a few hours of eating food contaminated with bacteria, parasites, viruses, or toxins. Staphylococcus and E. coli are the most common […]

Food poisoning is a catch-all term for more than 250 different foodborne diseases. Nearly 48 million people contract a foodborne disease every year in the United States. If you’re one of them, you may be suffering from stomach cramps, vomiting, diarrhea, or feeling dehydrated. Rarely, certain cases of food poisoning can even be life-threatening. But […]

Food Poisoning Medication: What Are Your Options?

Food poisoning can spoil your memories of a wonderful dinner—and ruin your week. The common symptoms of foodborne illnesses, commonly called food poisoning, include nausea, vomiting, stomach cramps, and diarrhea. These can be unpleasant and disturb your daily life, and leave you with one question: What can you do to feel better? That question is […]

One bout of food poisoning can make you never eat at your favorite restaurant again. If this has happened to you, you’re not alone. Every year, an estimated 48 million people in the United States, or 1 in 6 Americans, fall victim to a foodborne disease, otherwise known as food poisoning. Although it’s uncomfortable, food […]

What to Eat After Stomach Flu or Food Poisoning

It can be hard to know what to eat after food poisoning, the stomach flu, or diarrhea. Learn more about the best ways to recover.