Health guides > Medication > Everything You Need to Know About Antibiotics

Everything You Need to Know About Antibiotics

Antibiotics save lives around the world. By effectively treating bacterial infections, stopping the spread of disease, and lessening complications from disease, antibiotics are one of modern medicine’s great achievements. But the increasing prevalence of antibiotic resistance—coupled with potentially harmful side effects—means that understanding when and how to take antibiotics is more important than ever.

Antibiotics, also called antibacterials, are a class of powerful medications that eradicate bacteria or slow their growth. It’s been nearly a century since the discovery of the first natural antibiotic, penicillin, which has saved millions of lives. Penicillin-based antibiotics are still in use along with hundreds of others.

In addition to penicillin, antibiotics are broadly classified by the following groups:

Antibiotics also come in a variety of forms, including:

What Do Antibiotics Treat?

Antibiotics destroy bacteria and prevent their reproduction. Patients with group A Streptococcus bacteria, for example—bacteria that account for approximately one-third of all sore throats—are often candidates for antibiotics. Sepsis, our bodies’ life-threatening response to extreme cases of infection, is also treated with antibiotics.

Your doctor might prescribe antibiotics for a diverse range of bacterial infections, including:

What Is Antibiotic Overuse?

According to the Center for Disease Control and Prevention (CDC), about 30% of antibiotics prescribed in emergency rooms and doctors’ offices around the country are unnecessary. Antibiotics overuse is the implementation of antibiotics when it’s not the appropriate treatment.

Patients may request antibiotics hoping to feel better while they wait for test results, despite the fact that, in many instances, antibiotics aren’t needed for their symptoms. Antibiotics are often overused in low-income areas or developing countries due to less sophisticated diagnostic tools and poor sanitation.

The CDC has designated better-informed use and prescription of antibiotics as a national priority for two primary reasons: to keep us healthy in the short-term and to protect the effectiveness of these medications in the future by fighting antibiotic resistance.

What Is Antibiotic Resistance?

Overprescribing antibiotics has resulted in antibiotic resistance, meaning that bacteria have found a way to resist the medication designed to kill it—not that your body has become resistant to antibiotics. Antibiotic resistance is a growing issue both nationally and internationally, with some bacteria exhibiting resilience to the most powerful antibiotics available. Every year, over two million people in the U.S. are infected by antibiotic-resistant bacteria, often leading to hospitalizations, or in some cases, death.

When Are Antibiotics Needed?

Antibiotics should only be used to treat certain bacterial infections. Strong antibiotics are vital if you’ve been diagnosed with serious illnesses like pneumonia and sepsis, or if you’re at a higher risk of infection, including if you’re having surgery or receiving chemotherapy.

To avoid contributing to antibiotic resistance, here are some principles I recommend to practice antibiotic stewardship:

When Are Antibiotics Not Needed?

Two main types of germs produce illnesses in humans: bacteria and viruses. Because bacteria are living organisms, antibiotics are able to stop their reproduction and growth. Viruses replicate differently. Instead of attacking your body like bacteria do, they attach themselves to your healthy cells, using those cells to multiply the virus through your body. Because of that, antibiotics are ineffective in killing viral infections. In many cases like the common cold, you have to wait for viral infections to run their course.

Taking an antibiotic for a viral infection will not cure the infection, make you feel better, or protect others from contracting it. Instead, it will also promote antibiotic resistance. Viral infections that aren’t improved by antibiotics include:

Complications and Side Effects of Antibiotic Overuse

Antibiotics are powerful medications that can sometimes cause side effects. Common side effects include:

Allergic reactions to antibiotics occur in approximately one in 15 people, causing symptoms ranging from skin rashes and itching to difficulty breathing. Another side effect of antibiotics can be development of Clostridioides difficile infection (referred to as C. diff or C. difficile). C. diff causes severe diarrhea, leading to colon issues and potentially life-threatening complications.

Can you drink alcohol while taking antibiotics?

You should avoid alcohol while taking these medications, otherwise side effects could include dizziness, hot flashes, headaches, and irregular heartbeat. Other antibiotics that could produce side effects, though to a lesser extent, include doxycycline and linezolid.

Avoiding alcohol when you’re feeling unwell is generally a safe practice, as alcohol consumption can make you feel worse. Consult your doctor or chat with a K physician about drinking alcohol if you’re prescribed an antibiotic.

The Journal of the American Academy of Dermatology published a study concluding that taking birth control pills with many commonly prescribed antibiotics, including ciprofloxacin (cipro), doxycycline, and clarithromycin does not affect hormone levels. One antibiotic, rifampin, has been shown to make birth control pills, vaginal rings, and birth control patches less effective. It’s always important to make your doctor aware of any medications you’re taking before being prescribed an antibiotic.

Have questions about antibiotics? 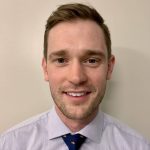 Not sure if you need antibiotics?