You have flu-like symptoms, a terrible headache, and a stiff neck—could it be meningitis? Caused by inflammation in the membranes that surround the brain and spine (known as the meninges), meningitis symptoms can feel a lot like influenza. Typically, however, meningitis also leads to symptoms like a stiff neck and severe headache.

If not treated, some forms of meningitis can cause long-term neurological problems. But most cases of meningitis aren’t serious or life-threatening. Viral meningitis, the most common form, usually resolves on its own within ten days. Bacterial meningitis is more serious but can be effectively treated with antibiotics.

Anyone can contract meningitis, but it’s more common in kids and teenagers than in adults. To prevent meningitis and associated complications, it’s important to stay on top of vaccines—the measles, mumps, polio, Hib, and pneumococcal vaccines can protect against meningitis caused by those germs. And if you suspect you or your child may have meningitis, make sure to talk to a doctor through the K Health app or see your physician as soon as possible so you can get the treatment you need.

The trademark symptoms of meningitis, which occur due to swelling in the brain and spinal cord membranes, include a severe headache, high fever, and a stiff neck. Meningitis can occur in a person of any age, but since it spreads quickly among people who live in close contact, it’s more common in children, teenagers, and college students.

Most commonly, meningitis is caused by a viral infection. Usually, viral meningitis is milder than other forms, and it often resolves on its own without treatment.

Bacterial meningitis is usually more serious than viral meningitis—if it’s not treated promptly, it can result in sepsis, a condition in which the body’s response to infection causes injury to tissues and organs throughout the body—so it requires prompt treatment.

In its early stages, meningitis may seem like influenza. Symptoms of meningitis in people older than age two develop over the course of hours or a few days. Common symptoms are listed below:

Babies, including newborns and infants younger than two years of age, may exhibit the following signs of meningitis:

It’s most common for people to get meningitis as a result of a viral infection. The next most common cause is a bacterial infection, followed by fungal infections, which are far rarer.

Most cases of viral meningitis, the mildest version of the illness, are caused by enteroviruses, which tend to spread in the late summer and early fall months in the United States. Other viruses can also cause viral meningitis, such as:

There are many kinds of bacteria that can cause acute bacterial meningitis, including:

Infections aren’t always the cause of Inflammation in the brain or spinal cord. Meningitis can also be caused by:

Since cases of meningitis can have adverse health consequences, it’s important to seek medical care.

Your doctor will do an intake of your medical history, ask about your symptoms and do a physical exam of your head, ears, throat, and spine. He or she will be looking for any rashes, lumps, or unusual markings.

In some cases, your doctor may do any of the following tests to help with a diagnosis:

How to Treat Meningitis

Treatment of meningitis depends on the cause. The majority of viral meningitis cases resolve on their own within ten days. Some people may need hospital treatment for viral meningitis. For example, if someone is dehydrated, they may stay in the hospital to receive IV fluids. In milder cases, a doctor may encourage someone with viral meningitis to manage symptoms at home.

More serious cases of meningitis are more likely to require medical intervention and are curable with antibiotics. If a doctor diagnoses or suspects bacterial meningitis, he or she will likely start antibiotics as soon as possible. A provider may also give intravenous fluids to treat dehydration due to fever, sweating, vomiting, or loss of appetite.

If you were exposed to someone with bacterial meningitis, make sure you talk to your doctor, who might prescribe a dose of antibiotics as a preventative measure.

How to Prevent Meningitis

Vaccinations and common sense hygiene are the best ways to prevent contracting meningitis. Since meningitis can stem from other bacterial infections, some kinds of bacterial meningitis can be prevented with the following vaccines.

Basic hygiene can also prevent the spread of meningitis, since it can be spread through coughing, sneezing, kissing, or sharing a toothbrush, cup, or eating utensils. To prevent meningitis, always:

Typically, if meningitis is diagnosed and treated, it doesn’t cause long-term adverse effects. But some populations may need to be more careful. Certain people may be more susceptible to meningitis, including those who:

If you suspect you or your child may have meningitis, prompt medical care is crucial. In some cases, meningitis can cause neurological (conditions related to the brain or spinal cord) effects, leading to complications such as:

Keep in mind that if it’s not treated, bacterial meningitis can be serious, even fatal. Talk to your physician or a doctor through K Health right away if you or your child have meningitis symptoms, including:

You should also seek medical care if someone close to you, like a roommate, family member, or co-worker, has meningitis. Your doctor may recommend you take a preventative round of antibiotics.

If you think you have meningitis, you should speak to a doctor. Did you know you can get affordable primary care with the K Health app? Download K to check your symptoms, explore conditions and treatments, and if needed text with a doctor in minutes. K Health’s AI-powered app is HIPAA compliant and based on 20 years of clinical data. 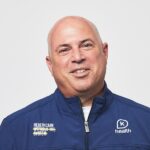 Chat with a doctor today for less than a copay