Health guides > Urinary Tract Infection > How Long Does It Take for a UTI to Go Away Without Antibiotics?

How Long Does It Take for a UTI to Go Away Without Antibiotics?

Think you might have a UTI but really don’t want to call your doctor to talk about it? We get it. UTIs can be uncomfortable to discuss, and who wants to take the time to go into a doctor’s office?

Know that what you’re experiencing is totally common and normal. More than half of women experience a UTI in their lifetime. That means your doctor has seen a lot of patients in your situation. And if you don’t consult with a professional, you risk sometimes serious complications.

The most straightforward method for treating a UTI is a course of prescribed antibiotics. But if you’ve done any Googling (it’s OK, we all do it!), you may wonder how long it takes for a UTI to go away without antibiotics or what to do if antibiotics don’t work. Will you have to suffer for weeks or even months?

Don’t panic! We’re here to help. Let’s take a closer look at how long it takes for a UTI to go away without antibiotics.

Skip Ahead: What is a UTI? | Symptoms & Causes | Treatment | Complications | When to See a Doctor

A urinary tract infection (UTI) occurs when bacteria ends up in your urinary tract. We’re not talking about the good kind of bacteria—the kind that keeps you alive and healthy—but the bad kind like E. coli. This does not belong anywhere near your urethra or bladder, because when it does take up residence there, it can cause an infection.

Some unlucky people get recurrent urinary tract infections. That’s when you experience at least three UTIs in a year or at least two in the span of six months.

Understanding what causes a UTI may help you prevent one before it happens. Here are the risk factors:

UTI treatment is straightforward: A course of antibiotics prescribed by a medical professional (or directly through the K Health app). Typically you take the antibiotics for about a week and symptoms gradually dissipate during the course of treatment.

It will take several days for the infection to clear, though, so take all of the antibiotics prescribed—don’t stop taking them just because you feel better. Also, drinking lots of water and avoiding sexual activity may help minimize discomfort while you’re recovering.

Sometimes antibiotic treatment doesn’t do the trick. This may occur when the bacteria causing the UTI become antibiotic resistant, meaning they outsmart and outlive the antibiotic.

See, bacteria have this amazing (and in this case unfortunate) ability to mutate to evade being killed. And after being attacked multiple times by the same antibiotics we use on lots of people, the bacteria can learn to resist them. Some research estimates that as many as one in three uncomplicated UTIs are resistant to at least one common antibiotic. And according to the Centers for Disease Control and Prevention, 2.8 million people in the U.S. get an antibiotic-resistant infection every year.

This sounds bad, and that’s fair: It’s not great news. But this doesn’t spell doomsday either.

If your UTI isn’t responding to treatment with one antibiotic, your doctor may prescribe another type of antibiotic. Most bacteria aren’t resistant to all the antibiotics out there, so chances are your urologist or primary care doctor has encountered this situation before and knows how to help.

A quick internet search yields plenty of articles swearing that certain home remedies like cranberry juice cure a UTI. Most of these treatments are safe to try in moderation, but they shouldn’t take the place of seeking a trained professional’s advice.

For example, some scientific evidence suggests that an active ingredient in cranberries called proanthocyanidins may stop bacteria like E. coli from adhering to the urinary tract, making it less likely that the bacteria will stick around and cause an infection. Certain probiotics and vitamin C supplements may also help prevent UTIs, and probiotics have the added benefit of reducing diarrhea caused by being on antibiotics. However, more research is necessary to prove these alternative treatments are effective.

If you choose to try any home remedy, remember that untreated UTIs can worsen over time and turn into kidney infection, which can lead to emergency hospitalization in serious cases. A UTI isn’t something you want to put off or avoid talking to your doctor about. Call them at the first sign of symptoms.

How long does it take for a UTI to go away without antibiotics?

Some UTIs do go away without antibiotic treatment. In fact, several studies have shown that 25 to 50% of UTIs can go away on their own within a week.

But, you’ll want to consider whether that is the right path for you. If you don’t pursue treatment and your UTI doesn’t heal on its own, you may find yourself with a worse infection and a longer recovery time.

If your UTI is extremely pesky and won’t go away, your doctor will probably want to see you for an exam and a urine culture to check the specific bacteria causing the infection and pick a different treatment.

You do not want to leave a UTI untreated. The bacteria can spread to the upper respiratory tract, leading to a kidney infection. This is no joke and requires a more aggressive treatment plan to avoid scarring of the kidneys or organ failure. So make that doctor’s appointment.

If you’re experiencing symptoms consistent with a urinary tract infection—painful urination, abdominal discomfort, frequent urge to pee, or blood in your urine—seek out medical advice.

Your doctor is a resource to help you understand what type of UTI you have, how severe it is, and the best course of action for treatment. The good news is that your discomfort can be over in a matter of days if you take steps now to address it.

Did you know you can get quick and affordable UTI treatment with K Health? Begin a visit for just $19 to text with a doctor in minutes. K Health’s board-certified, U.S.-based doctors can provide a treatment plan and prescription to resolve your symptoms as soon as possible.

How long does a UTI last untreated?
Some UTIs will go away on their own in as little as 1 week. However, UTIs that do not go away on their own will only get worse over time. If you think you have a UTI, speak with a doctor about the best course of action.
What antibiotics treat UTIs?
The most common antibiotics for UTI treatment are nitrofurantoin (Macrobid), sulfamethoxazole-trimethoprim (Bactrim), cephalexin (Keflex), and fosfomycin (Monurol). However, other antibiotics may be prescribed depending on the type of bacteria causing your infection. Speak to a doctor to figure out which antibiotic is best for you.
Can UTIs go away on their own?
Sometimes! If the UTI is minor and uncomplicated, your body may be able to fight of the infection without medication. However, most doctors will recommend a course of antibiotics, as that is a surefire way to rid your body of infection and ensure it doesn't get worse.
When should you see a doctor for a UTI?
As soon as you realize you have symptoms of a UTI, you should seek medical care. Your doctor can help you decide which treatment option is right for you to make sure the infection does not spread.
K Health articles are all written and reviewed by MDs, PhDs, NPs, or PharmDs and are for informational purposes only. This information does not constitute and should not be relied on for professional medical advice. Always talk to your doctor about the risks and benefits of any treatment. 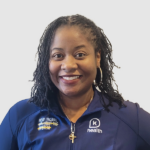